Most cars from the mid-1990s onwards had an anti-lock braking system fitted as standard. But what is it, how does it work and what commonly goes wrong? We have all the answers about VW ABS systems…

If you want to reduce the risk of going through a hedge backwards in your car, your tyres need to remain in contact with the road. And that means not skidding. As soon as you lock up your wheels, traction goes out the window and your car will follow a trajectory that will inevitably end in a loud bang and expensive repairs. But how do you scrub off speed when you need to without losing grip? Well, that’s where ABS comes in…

Volkswagen first used anti-lock braking technology in its innovative Auto 2000 research vehicle (below) way back in 1981. It was referred to then as ABV but launched five years later as ABS in the Passat initially, the system resulting from a collaboration between Bosch and Continental Tyres. It subsequently featured as an option on the 1987 Mk2 Golf, these two cars being some of the first affordable mass-market vehicles worldwide, to be fitted with this safety system. 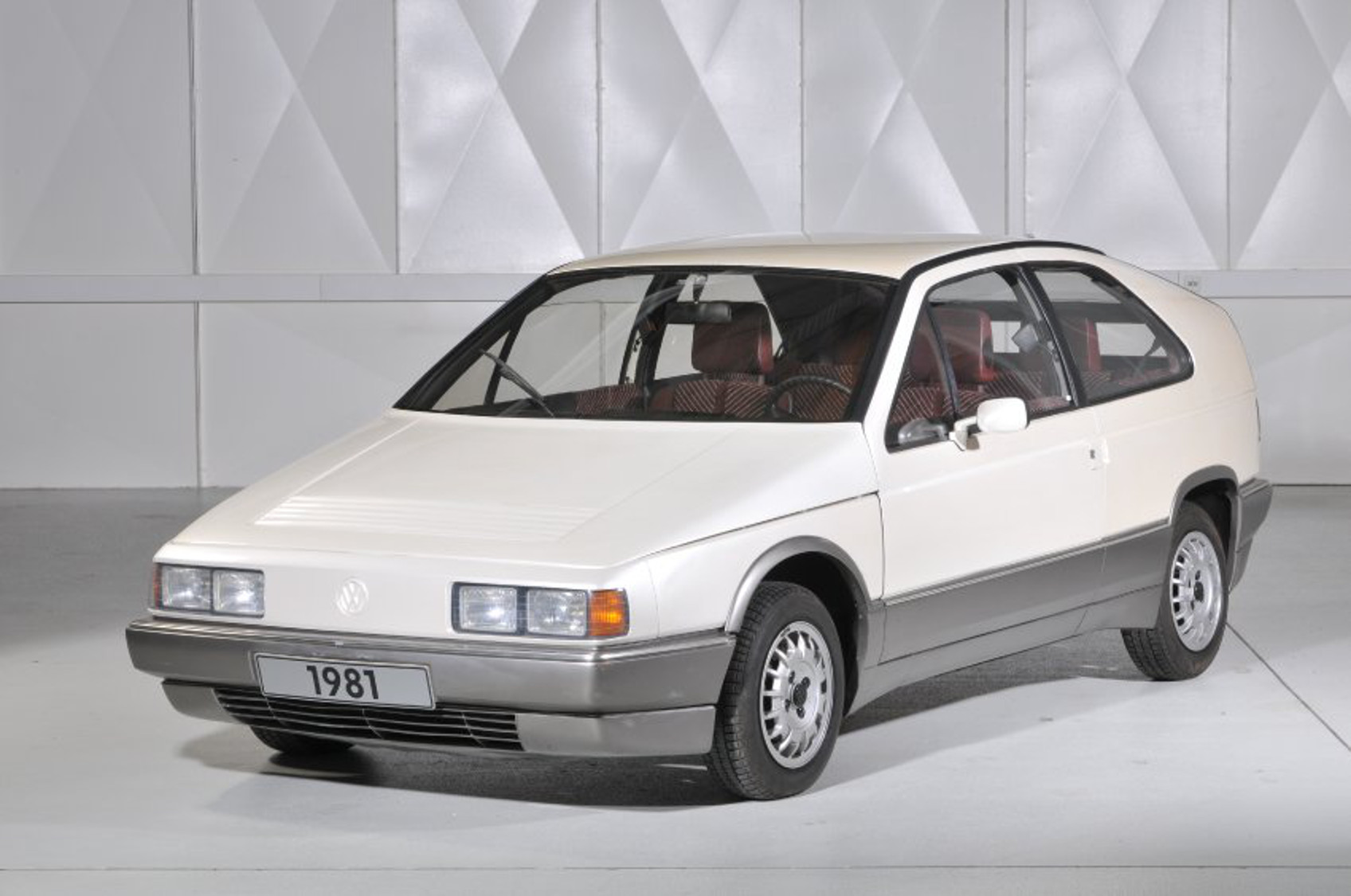 To be honest, the theory behind how ABS works is wonderfully simple. Sensors at each wheel detect how quickly it’s spinning and this information is sent to the ABS controller. If you stamp on the brakes, the sensor will detect the abrupt deceleration, send a signal to the controller and identify if there’s a risk of that wheel locking up. If that’s likely to be the case, it actuates valves to reduce hydraulic pressure to the brake on that wheel, allowing it to turn faster again. 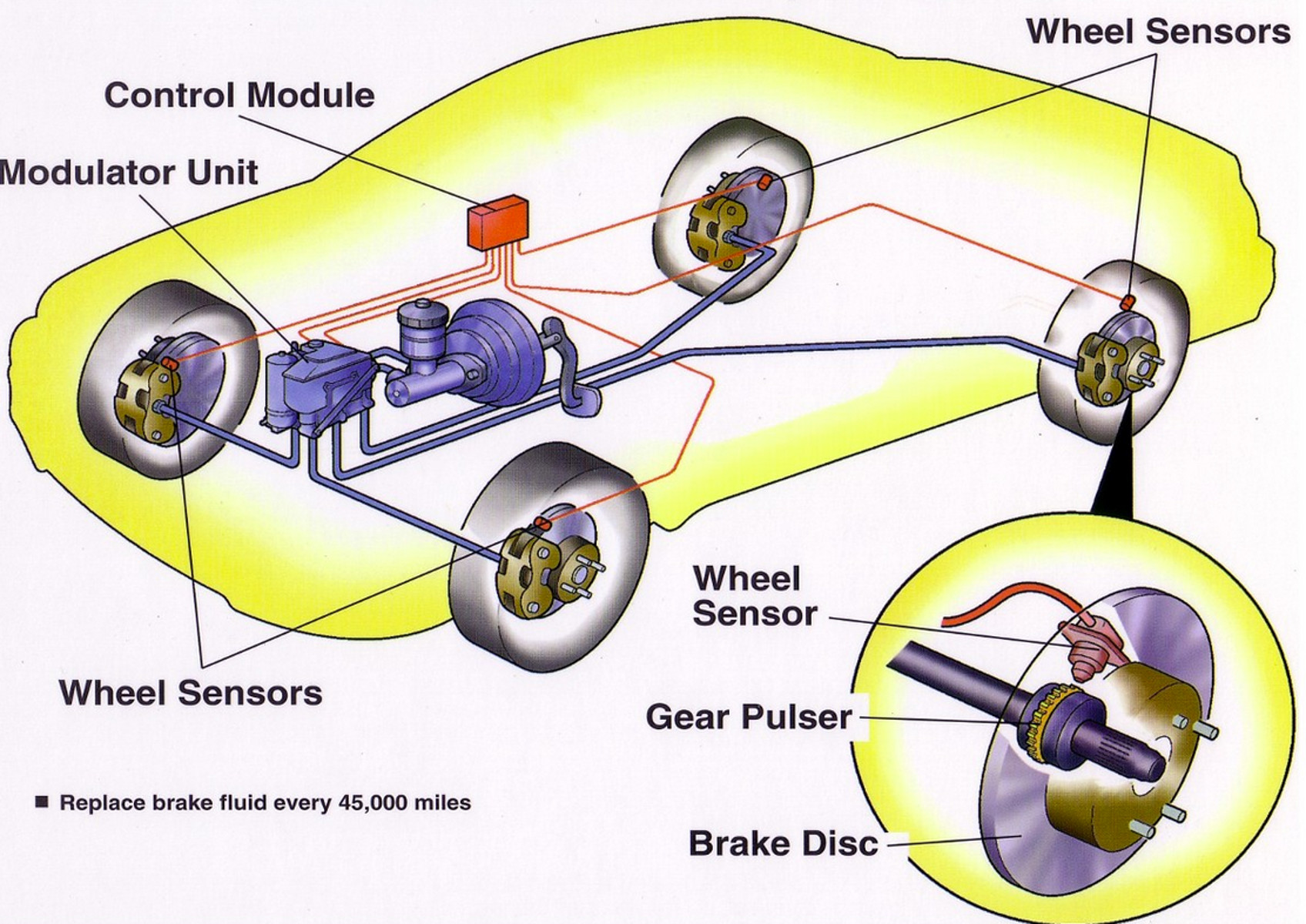 The monitoring continues, so if it ends up spinning faster than the other wheels, braking pressure is increased again. Some systems apply and release pressure as often as 15 times a second. The result is a pulsing effect which makes locking any of the wheels virtually impossible, thus retaining traction whatever the circumstances. Even when steering, so the vehicle will try to maintain its composure even if you make the mistake of braking mid-bend. The recommended technique for drivers in an ABS-equipped car is to brake as hard as possible and, where necessary, steer around the obstruction. Here, it is thought the ABS will reduce the chances of a skid and subsequent loss of control. 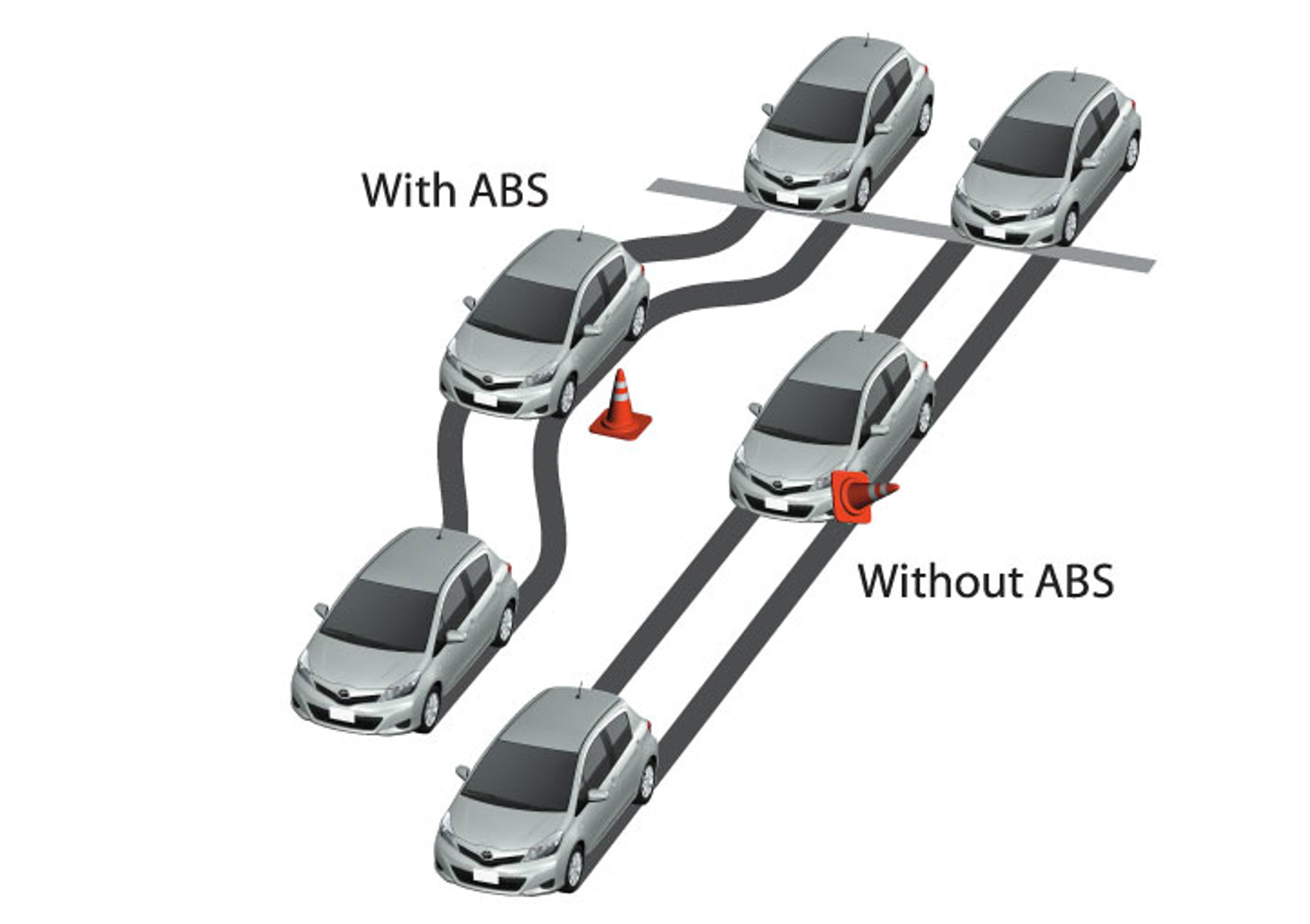 Of course, this ‘pumping’ or reapplication of the brakes is nothing new – expert drivers have been practicing the method of what’s known as cadence braking for ages. And actually, on an older car without ABS, you can do the same. If you sense the front wheels skidding, immediately take your foot off the brake, then reapply, repeating the procedure as necessary.

The first ABS system was developed for Concorde in the 1960s, and believe it or not the Ford Granada was the first production car to offer ABS as standard across the range from 1986.

Since then, research suggests that ABS has reduced the risk of multiple vehicle crashes by 18 per cent. Interestingly though, it’s increased the risk of run-off-road crashes by 35 per cent. This is because on gravel, snow and sand ABS tends to increase braking distance. Ironically, under these conditions, locked wheels dig into the loose surface and stop the vehicle more quickly. With ABS, the only advantage is that while it might take longer to stop, the driver will maintain control and still be able to steer rather than go into a skid. Ice and very slippery surfaces can also confuse the ABS because it relies on detecting just individual wheels skidding, so if all four wheels lock at the same time, the system is defeated. 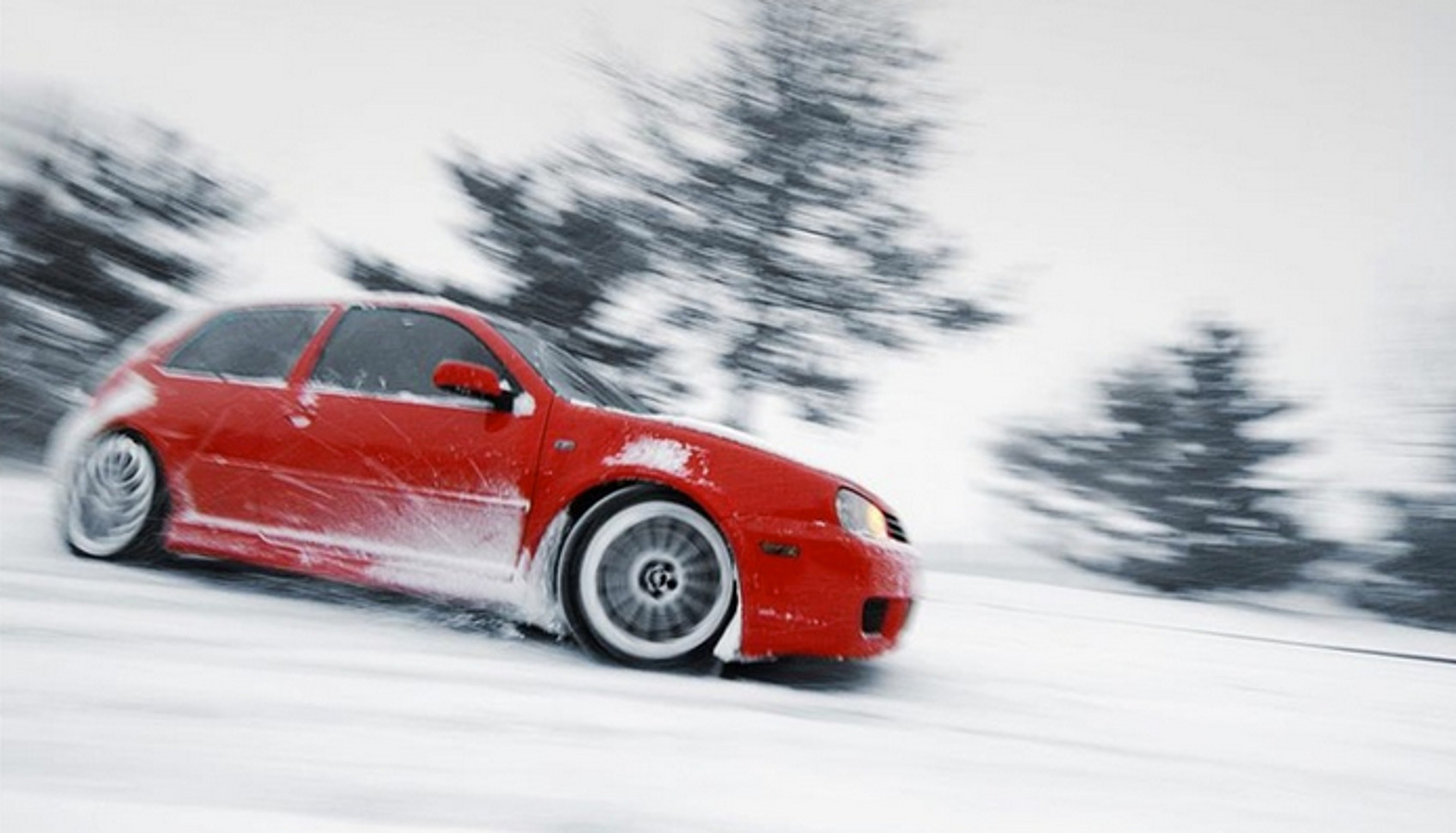 These days, of course, VW ABS typically works in association with other gadgetry managing such things as traction and stability control. If there’s a loss of traction while accelerating, for example, the ABS wheel sensors will detect it and react accordingly. Two extra sensors, one to monitor the angle of the steering wheel and another to detect the direction the car is taking, control stability. If the two readings don’t coincide, in other words if the car is out of control, the necessary software will brake the individual wheels as necessary to restore order. Clever stuff, eh?

The first sign that all’s not well with your VW ABS is likely to be the appearance of a warning light on the dashboard. Usually faults can be traced back to the magnetic wheel sensors or their wiring. Debris and brake dust can contaminate them resulting in the signal back to the controller being lost or unreliable. Thankfully, replacement sensors aren’t dear – you can buy front ABS sensors for the Mk4 Golf here for under £20. You’ll just need to carry out a diagnosis test to find out which one is at fault.

9 responses to: VW ABS: all you need to know