It’s great fun buying and fitting VW accessories, but where do you stand with the legalities when it comes to window tinting, stretching tyres and bolting rusty oil cans to your roof rack? Here’s some pointers…

Being able to do just about anything to your car, to make it stand out and turn heads, is a key part of owning a VW. It gives us the chance to put our stamp on something, give it a particular look and add even more period charm. And the good news is, there’s a limitless number of VW accessories available – so regardless of whether you are driving a 1950s Beetle or virtually new T5, there’s a whole list of different ways you can accessorise your car. 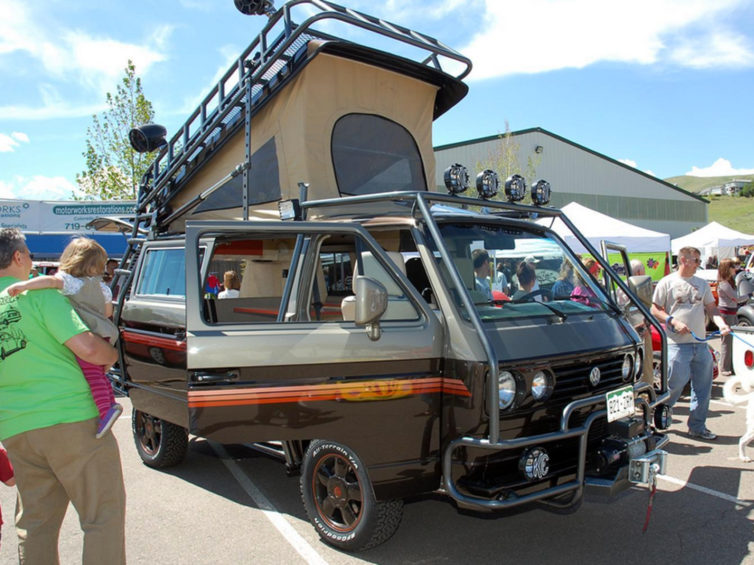 However, it’s important to stay on the right side of the law because the last thing you want to do is go one step too far and attract interest from the boys in blue. Moreover, you want things to be safe. While the vast majority of accessories, especially those intended to spruce up the interior or ones that are purely cosmetic, will be totally acceptable, there’s a few ‘grey’ areas which could lead to your collar being felt.

Stretching narrower tyres onto wider rims can be visually interesting, and it’s something that’s popular on the water-cooled ‘Euro-look’ scene, but there’s likely to be a question mark over legality – especially if it’s been done to an extreme. Tyres that don’t meet the manufacturer’s specification (in other words, tyres that wouldn’t have been fitted originally) are likely to breach Construction and Use Regulations 26 and 27 and also be looked at by the police as being in Dangerous Condition (S40A RTA). Not only that, but stretching excessively is dangerous. Cars with visible tread showing from above could also raise a few question marks regarding Construction and Use. 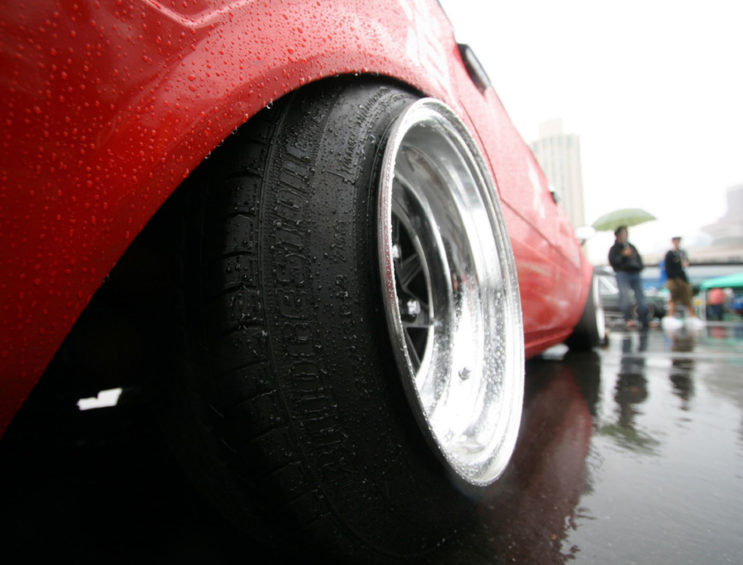 While it is permitted to have yellow headlamp reflectors, strictly speaking you shouldn’t fit tinted reflectors at the rear as it can prohibit their efficiency in darkness.

We published a blog about number plates here. In a nutshell, while it’s tempting to go for something a bit unusual, or play around with the lettering, they must comply with current legislation and meet the BS AU 145d or equivalent EU standard, and not be misleading.

Fitting darkened glass, or having a ‘tint’ is a popular way to customise a car. To be honest, it can look naff – especially if it’s done to the extreme or to a car where it looks totally out of place. And it can be illegal, too, if you do it to the wrong windows. The law states that on vehicles first used on 1 April 1985 or later the front windscreen must let at least 75% of light through and the front side windows must let at least 70% of light through. For cars first used before 1 April 1985 the front screen and side windows must both let at least 70% of light through. Additional sun strips must not encroach on the area swept by the wipers.

Most people agree that a mildly lowered car looks better than one at stock ride height. But go too far and a car’s geometry can become severely compromised – and you’re at risk of being pulled. The law states that while modifications such as fitting stiffer springs and lowering kits are permitted, they mustn’t compromise the car’s handling. You may also be responsible for damage to the road, should you start pulling up catseyes on a regular basis!

There’s no law against stripping the paint from your car, giving it the scruffy look and tying old bits of tat to a rusty roof-rack. The general rule, however, is that anything put on a rack should be securely attached and that thought should be given to their distribution to ensure it’s relatively even. There is no given height restriction, but anything on a roof shouldn’t protrude more than 305mm on either side of provided that the overall width of the vehicle does not exceed 2.9m. Also be sure to inform the DVLA should your vehicle no longer be the colour that it was (matt black repaint) It won’t cost you anything but a stamp, but it keeps your car kosha in the eyes of the cops. 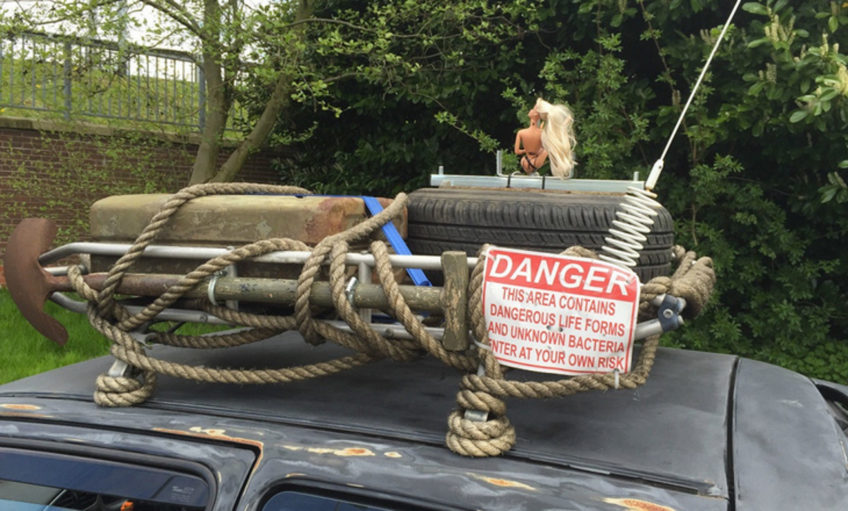 According to information from Essex police, under the Construction & Use Regulations, as well as being maintained and in good condition, vehicle exhausts must not be altered or replaced in a manner which increases the noise above that emitted by the type approved exhaust fitted by the manufacturer. So what about performance VW exhausts? Well, our advice here is to buy a reputable brand with some resonation and ensure that it’s fitted properly and not leaking. MoT test regulations talk about the noise emitted from an exhaust as not being ‘clearly unreasonably above the level expected from a similar vehicle with a standard silencer,’ so it’s a case of being sensible. 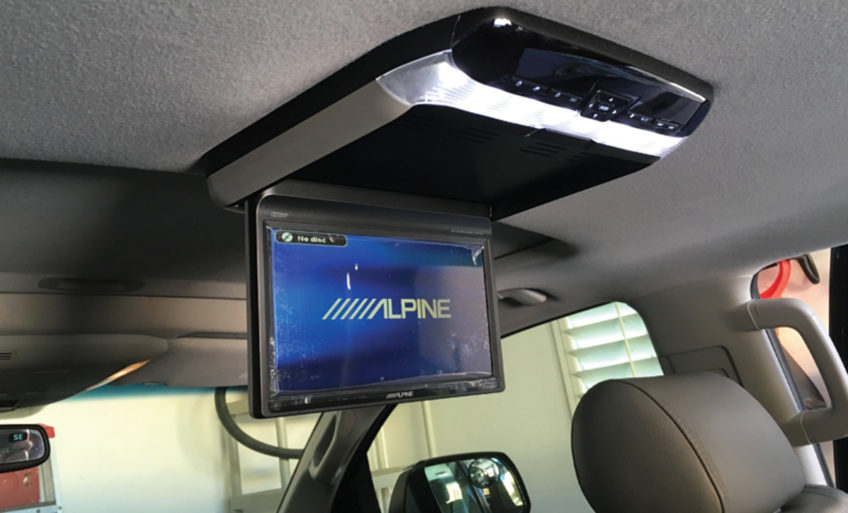 Upgrading a car’s stereo is possibly the first thing many of us do, especially since modern in-car entertainment offers the option of playing music via your smartphone. However, it’s crucial to remember that the driver still has an important job to do while behind the wheel and mustn’t get distracted. Specifically, it is illegal for the driver to have vision of any moving image while the vehicle is on the move.

Bear in mind your VW insurance company must be notified of any modifications you make to your car. Even if they’re cosmetic, such as fitting different wheels – not least because they could make your car more attractive to a thief. Even brake upgrades should be disclosed because they may involve modification to existing mounting points, and such changes should be approved. Not only that, but if you improve your brakes, there will always be the temptation to go faster, and that could increase the risk of you having an accident.
Ian

One response to “VW accessories: are they legal?”