The Type 4 engine broke new ground and was VW’s most technically advanced powerplant to date when it made its debut in 1968. Vastly different in both appearance and design to the air-cooled Type 1 unit which we blogged about here, it still impresses today – not least for its silky power delivery. Here’s a short explanation of its main features…

Keen to tap into the lucrative family car market, by the early 1960s VW needed a car with more luggage space to store the family’s chattles, and to this end devised a new, flatter engine that would fit under the floor to provide more boot space. It was a concept that made its debut in the Type 3, but by the end of the decade, with a desire to market a bigger, even more sophisticated car – namely the 411 – Volkswagen needed a completely new engine. 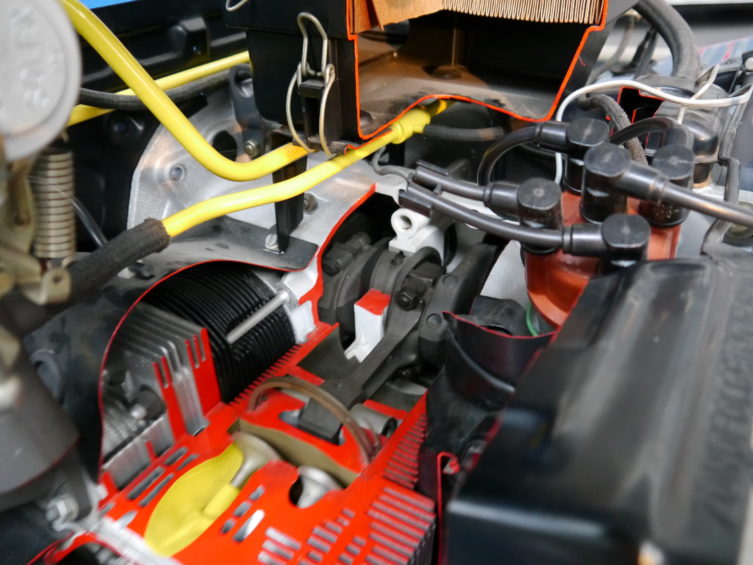 While visually very different to the Beetle powerplant in terms of its cooling shroud, the new 86bhp 1679cc unit was also significantly over square (the pistons and cylinders are much wider than they are long), so it also had a much shorter stroke. The result? A more robust engine with lots of low down torque that was able to cruise at high speeds, while producing less heat – and less stress. In other words, it was ideal for powering a heavier, more refined luxury car. And when installed in the 411 it enabled it to do 0-50mph in 11.5 seconds and reach the heady heights of 90mph. 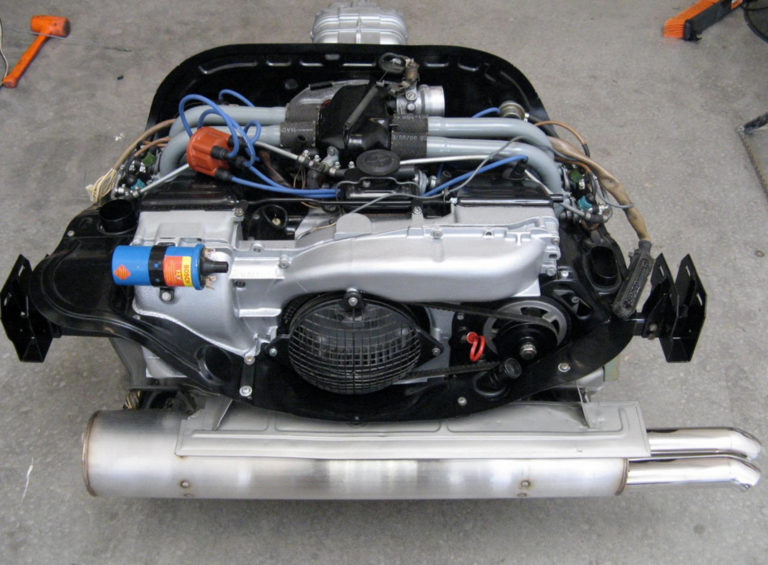 In 1972 the engine’s twin carb setup was given a shot in the arm courtesy of Bosch D-Jetronic electronically controlled fuel injection which boosted power to 85bhp. With it came a name change to 411LE. That engine was also used in the VW Porsche 914 and also the first 412 when it arrived in August 1972. In the latter application, 0-65mph could be reached in 15 seconds with an accompanying maximum speed of 96mph.

The next big change came towards the end of Type 4 production when capacity grew to 1795cc and fuel management reverted back to a twin carburettor arrangement, accompanied by a change in name from 412LE to LS. Power fell to 68bhp. 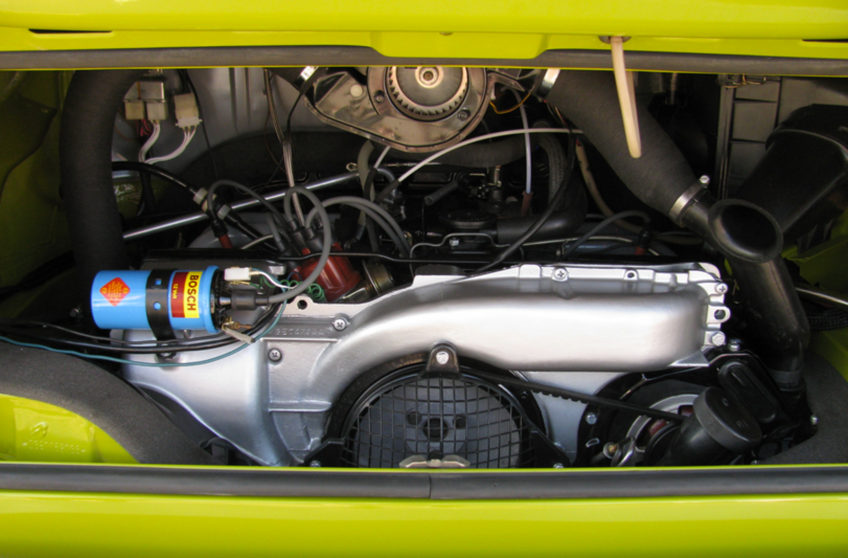 When Type 4 production came to an end in 1974, the engine carried on as an option in the Type 2 (as above), with capacity eventually increasing (in around 1976) to 2.0-litres. It was even used in the T25 from 1980 to 1983, albeit feeling somewhat underpowered by this point given the vehicle’s not insignificant weight.

Of course the Type 4 engine went through various stages of evolution throughout its lifespan, getting hydraulic lifters from around 1978 (there will be a sticker telling you not to make any adjustment) and electronic ignition from 1979. Needless to say, very little, if anything, can be swapped between the Beetle engine; everything from the tinware to the exhaust is different. From a power delivery and performance perspective, the rugged Type 4 engine has for a long time been a favourite with tuners, although it’s a tight squeeze to say the least in the back of the Beetle’s engine compartment with much fabrication needed to accommodate its extra width. None the less, a properly set up Type 4 with beefier carbs is a formidable bit of kit. And the good news is you can still get all the necessary parts here to keep it in rude health.

Of course we’ve only just scratched the surface regarding the major differences here, so if there’s any peculiarities of the Type 4 engine you would like to share, please let us know…

24 responses to: The Type 4 engine explained