Unhindered by the need for water, Volkswagen’s Type 1 air-cooled engine was one of the principle reasons behind the lasting success of the Wolfsburg firm. Here’s a rundown of how it’s changed, along with a useful reference guide to engine numbers…

VW’s air-cooled engine was designed to be low revving, long-lasting and able to cope with all manner of owner abuse. And, of course, without water it could neither freeze or boil – an aspect that explains why so many Beetles still run their original powerplant! 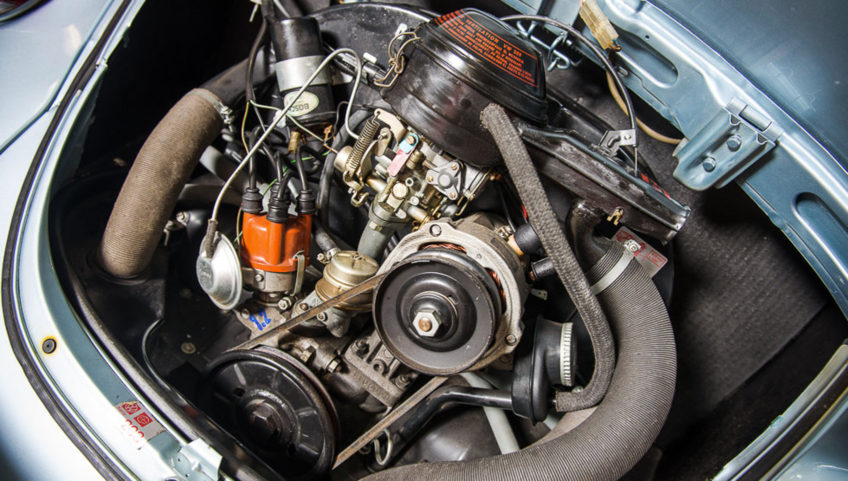 While the basic Type 1 engine design barely changed, it’s gone through years of evolution over the decades, gaining more power, but also becoming more complex, especially when fuel emissions became important in the early ‘70s and fuel injection was added. That said, if lovingly looked after, with regular oil changes every 3000 miles, there’s no reason why an air-cooled lump can’t keep going, and going…

Here’s a summary of the most important changes, along with a list of engine codes to help you decipher what engine’s in your car; something that’s crucial when it comes to ordering parts! 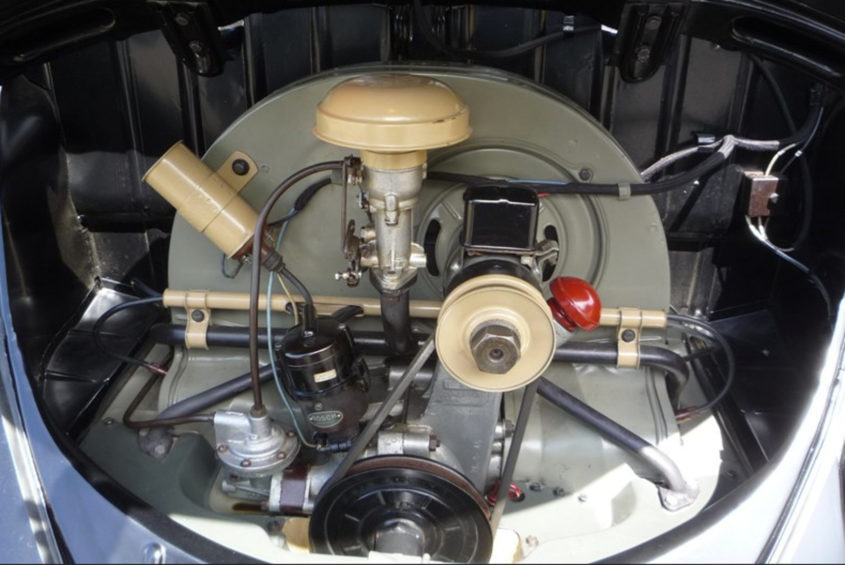 1954
A new oil bath air filter and better cooling made the Type 1’s 1131cc engine more efficient, as did the use of a Solex 28PCI carburettor. Although capacity was increased again soon after to 1192cc by pushing the cylinder bore from 75mm to 77mm, resulting in an additional five more horses. Top speed in the Beetle went from 102km/h to 110km/h (68mph).

1960
An all-new 1192cc engine with stronger crankcase, modified fuel pump drive and wedge-shaped combustion chambers, was introduced in August 1960 (for the ’61 model year), giving a power output of 34bhp at 3,600rpm. It is recognisable by its removable dynamo pedestal. The 1192cc engine lasted until the end of German production, though an alternator replaced the original dynamo in 1975. 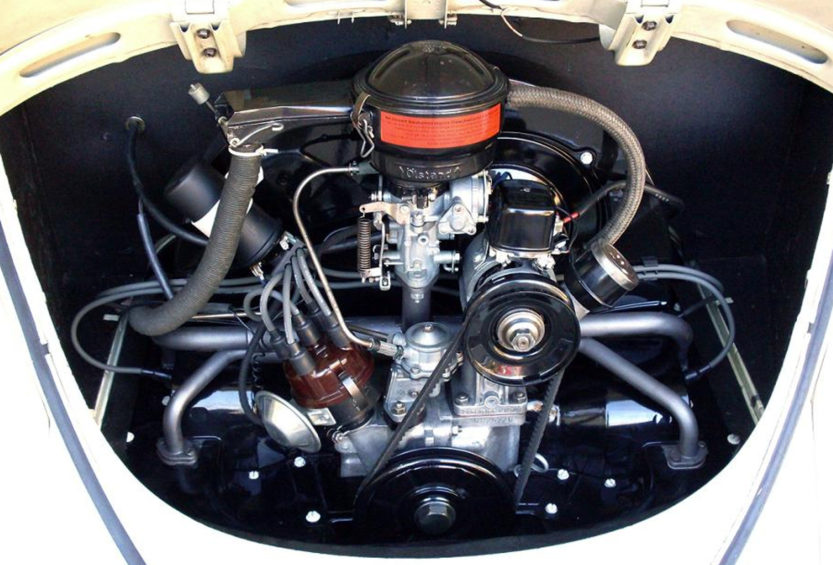 1966
The 1300 arrived (1285cc) which used the crank from the Type 3 1500 to lengthen its stroke, boasting a power output of 40bhp. As with all Type 1 engines built from July 1962, a new ‘fresh air’ heating system was used. At about this time, VW was developing engines for its new range of family saloons; namely the Type 3. While fundamentally the same, flatter profile cooling shrouds instead of the more traditional, Type 1 upright fan housing were the main distinguising features. However, the Type 4 from 1968 used an all-new engine – we blogged about it recently here.

1967
The 1493cc engine (below) was made available in the Type 1, producing 44bhp at 4,000rpm. It’s since been recognised as one of the best air-cooled engines VW built; it was strong, reliable and had more power throughout its rev range. You can identify it by its twin air intakes on the oil bath air cleaner. 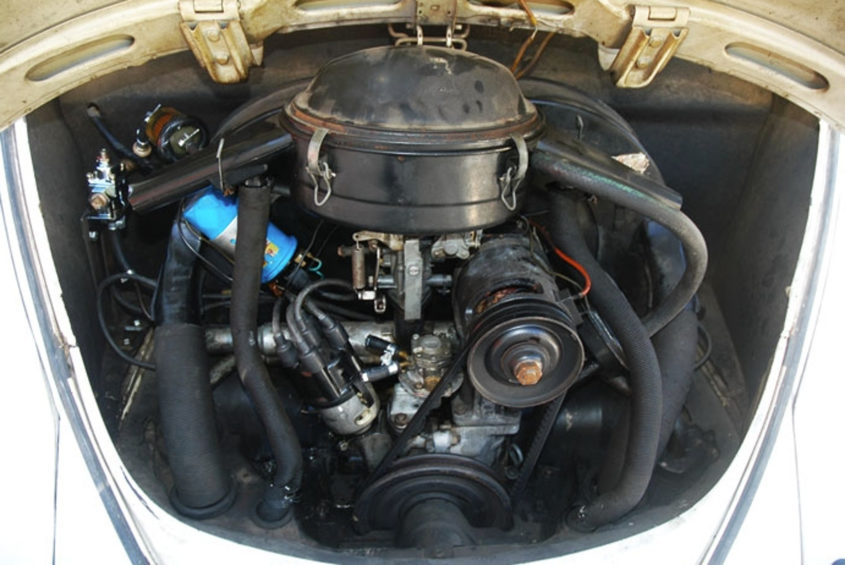 1971
Making its debut this year in the Type 1 was the 1584cc engine with dual inlet ports in the cylinder heads. It produced a heady 50bhp at 4,000rpm – making it the most powerful VW offered to date.

1979
To meet ever more stringent emission controls in the USA, VW fitted a Bosch AFC fuel-injection system on certain Type 1 models (as below), incorporating a catalytic converter to further clean up the exhaust gases. 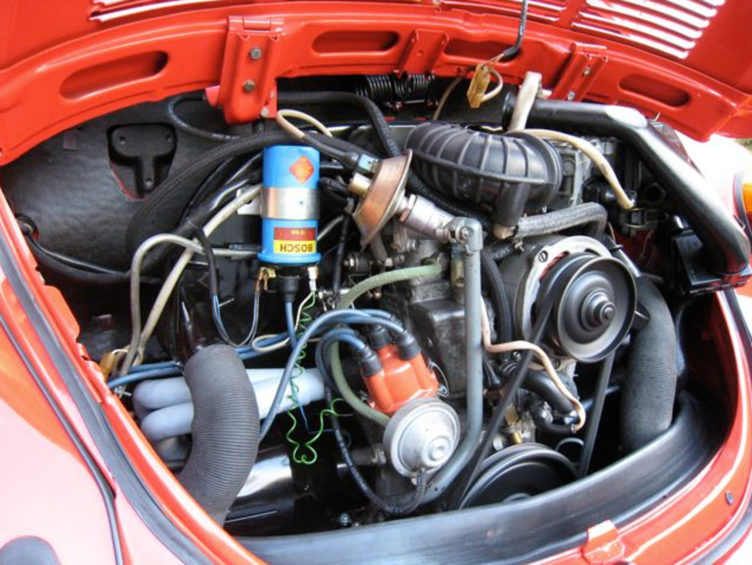 Engine codes
It’s always interesting to know what engine’s in your vehicle and you can check by looking at the prefix. That well tell you the origins of the actual crankcase, but that might not necessarily give you an accurate picture of the engine in its entirety. The majority of engines may have been modified or had parts from a different era engine fitted. Engine number prefixes were first used in 1965 with the introduction of the 1300, with other air-cooled engine numbers as follows: 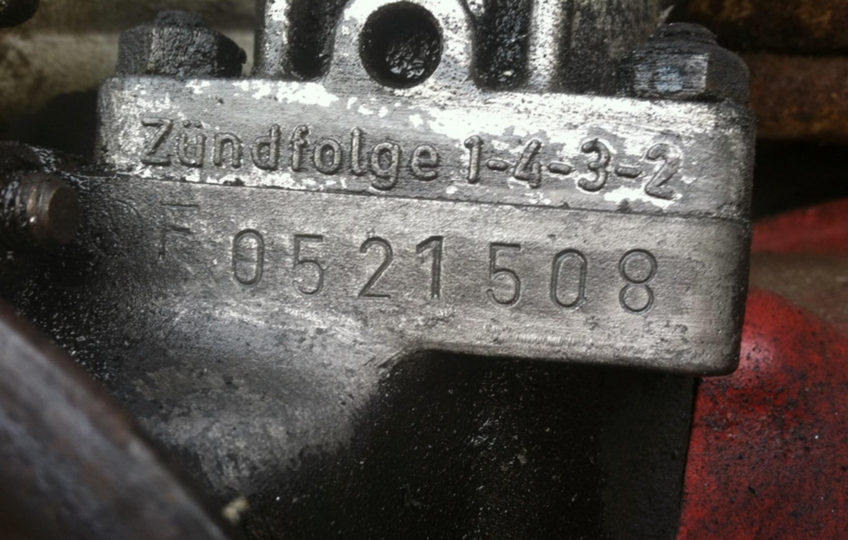 For reference, here’s the relevant engine codes for Volkswagen’s other air-cooled engines.