It’s time to crack open the champagne because despite a last minute engine rebuild, the VW Heritage sponsored 1958 Beetle driven by Bob Beales and co-driven by David Vardy has raced to class victory in the Wales Rally GB…

Yes, that’s right – having completed the gruelling 648-mile event the historic rally Beetle completed the tricky final stage in 54th overall, beating many higher powered cars. The crew even passed a stricken Jimmy McCrae on what was one of the toughest stages the world of rallying has witnessed. Even more impressive was the fact that by the end of the competition ‘Bertie’ the 1958 Oëttinger-engined Beetle had gone on to claim overall victory in its class… 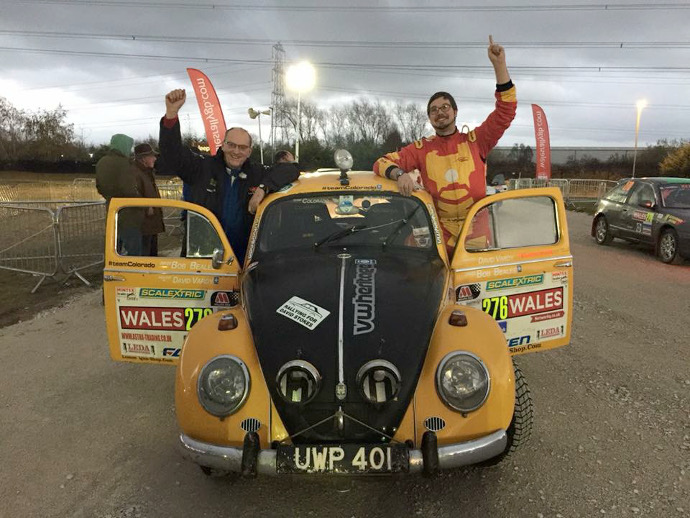 Said an exhausted but exuberant David Vardy: “The fact we managed to finish is an amazing achievement but to win the class too was just unbelievable. It’s something only a handful of people who have tackled this World Championship event can boast.” One huge positive, confirmed David, was the incredible reliability of the engine. “Thanks to the parts VW Heritage supplied at the final hour, it ran sweet throughout the entire event.”

It wasn’t just our parts support that helped the intrepid Beetle crew to success – they also took advantage of the VW Heritage awning which provided essential protection from the elements during some of the worst weather conditions imaginable on the Saturday which caused catastrophic damage to the service park. 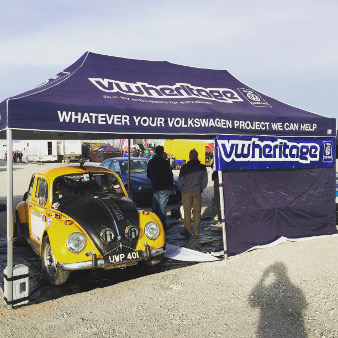 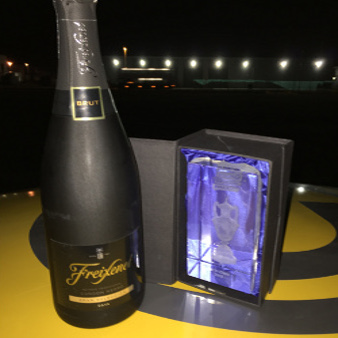 The victory wasn’t without its fair share of hairy moments, though, and a broken axle during a forest stage almost put an end to their gallant campaign. “We entered a hairpin and my front side dropped, so initially it seemed we had a puncture,” explained David. “But when we got out to have a look, the nearside wheel was tucked under the car which confirmed it was much more serious – at that moment I thought it was all over, we were on our way home.”

Bob removed the broken stub axle and had the car secured on stands while David made the long trek to the next check point. “The awful weather combined with having to jump out of the way of rally cars speeding past ever few minutes meant the walk to get help was horrific,” recalls David. The car was eventually recovered, but not before the recovery vehicle itself had to be rescued due to a broken steering joint. The whole episode left David stranded for six hours in the rain, an experience he later described as the “darkest moment of my rallying career.” 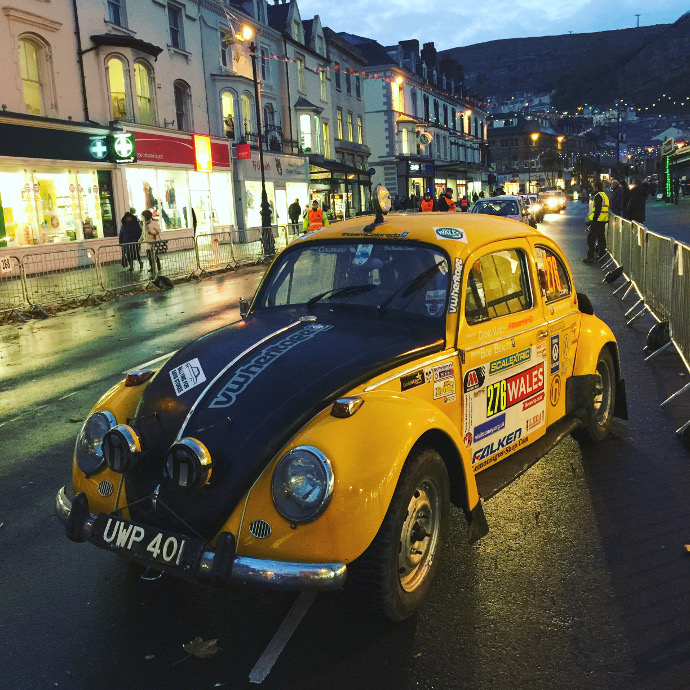 Fortunately the team had a spare stub axle, but a vital brake component had also been lost during the incident. Thankfully, though, Warner Lewis of Lewis Rally Sport and head of Rallying History came to the rescue, completing a 300-mile trip to Deeside in order to locate the necessary replacement part.

With Rally GB service crew and the guys from Rallying History working throughout the night, the car was fixed – and that, for David Vardy, was the most rewarding part of the whole event. “We celebrated getting the job finished and everything bolted back together at 2:30am then left to get a few hour’s sleep before returning to compete on the final day. The way everyone pulled together was tremendous.”

The team discovered that the previous day had taken out a large number of competitors and Sunday promised more of the same as the field battled to cope with the atrocious conditions at Alwen and Brenig. But the Beetle survived and made it home in 57th overall out of over 90 starters, taking a class win in the process. “Needless to say the tears were flowing and so was the champagne as we stood aloft the Beetle on the finish ramp, accompanied by cheers from the crowd who had waited for us to finish,” said David. 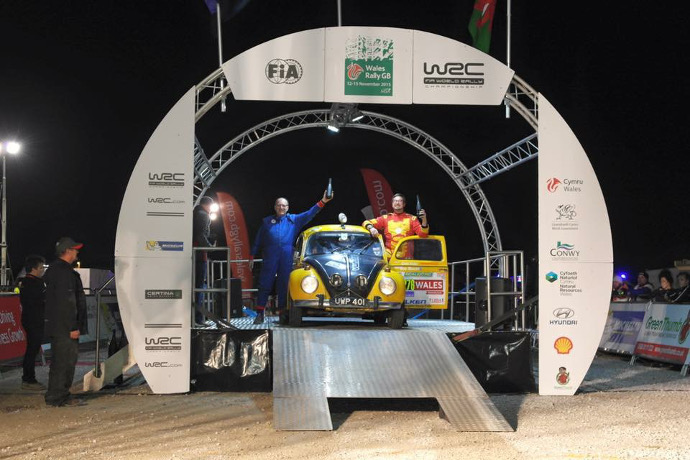 He added: “There’s no doubt the Beetle was by far the most loved rally car on the event and we were greeted by applause wherever we went. It was such an amazing experience to see so much support, and many people said we should have won the Spirit of the Rally award as well for our exploits.”

Given their success this year, let’s just hope the Beetle and its crew are able to go back in 2016 to defend their title…