VW production has taken place at a variety of different manufacturing plants around the world, but Germany is where it all started. So as we kick off a new series looking at what models were made where and from what dates – it’s only right that we begin with the once war torn Wolfsburg site…

Having admired the success of the Ford Model T and the way it immobilised the masses, Adolf Hitler wanted the people of Germany to the same automotive liberation. With the ‘peoples car’ or ‘volks wagen’ high up on his already crammed pre-war agenda, he ordered Dr Ferdinand Porsche to go across the pond to witness first hand the phenomenon of the modern production line. 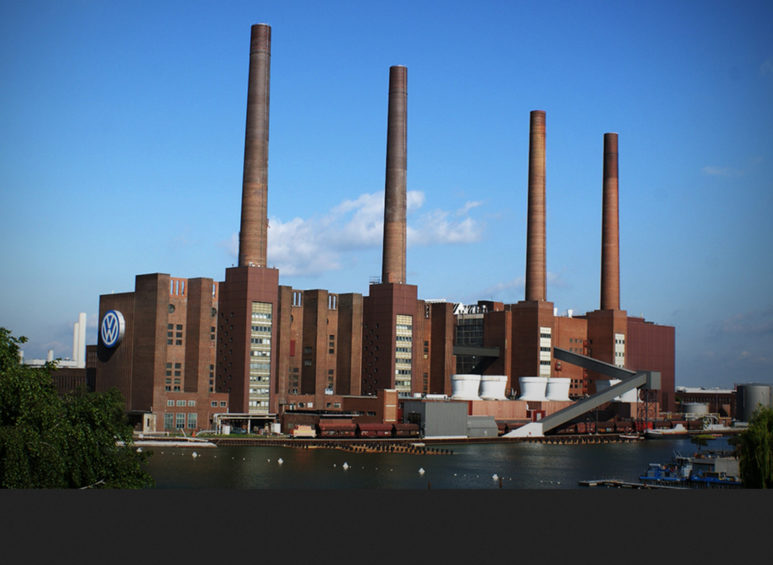 On his return plans were made for a huge factory in which would be made the Beetle, in huge numbers, and on 26 May 1938, in Fallesleben, Lower Saxony, the first cornerstone was laid. Despite the onset WW2 in 1939, plans for production still went ahead and the first 47 cars, built alongside military variants, were produced in 1941. The town was renamed Wolfsburg in May 1945. 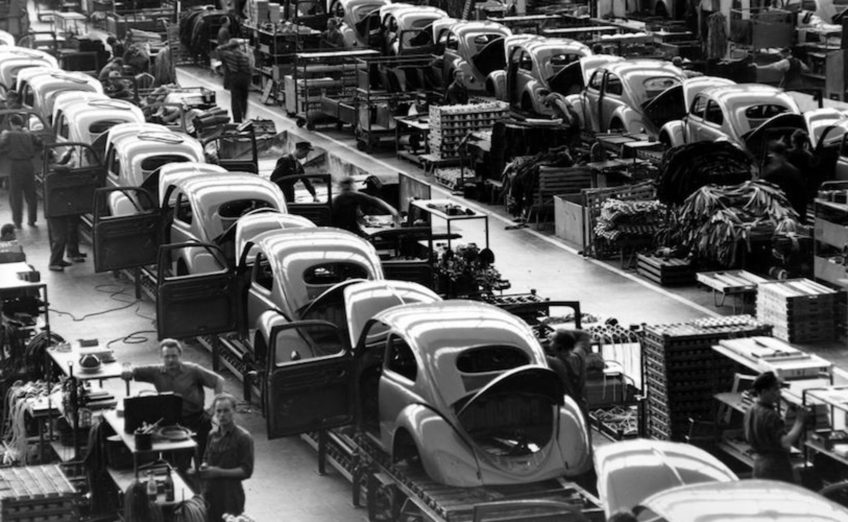 By the end of hostilities, however, the new factory lay in ruins, and under control of the British army. Production was slowly re-started with the German government in charge (we blogged about the first production Beetle here) and within a year, the 1000th Volkswagen had been built. Four years later, in March 1950, that number had climbed to 100,000 and a new VW was introduced, the Transporter. 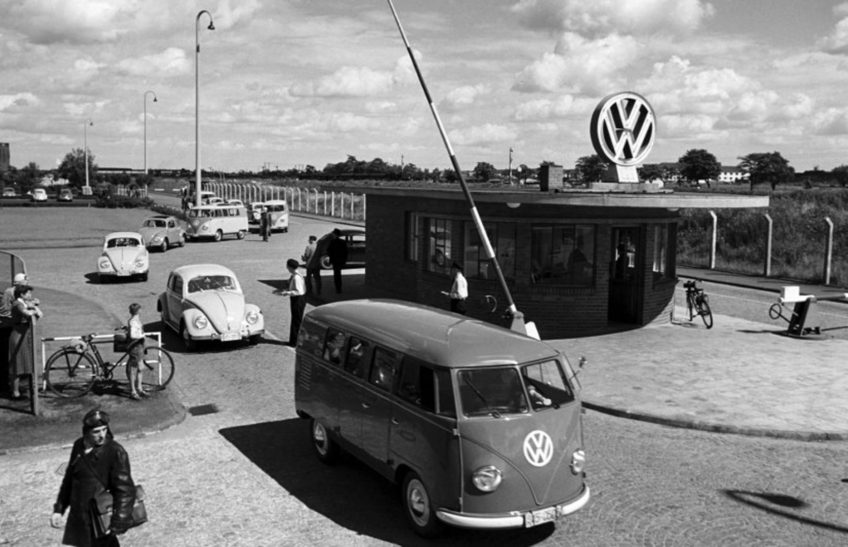 As the dealer network expanded and sales grew, the production line at Wolfsburg went from manufacturing 46,154 vehicles in 1949 to 242,373 in 1952. By 5 August 1955, Wolfsburg celebrated production of its one millionth Beetle.

Most of Wolfsburg’s production lines switched over to the Beetle’s successor, the Mk1 Golf, in 1974. We published a blog looking at the production process here. Manufacture of the Beetle moved to Emden at this time, while production of the Type 2 had already gone to Hanover in 1956. 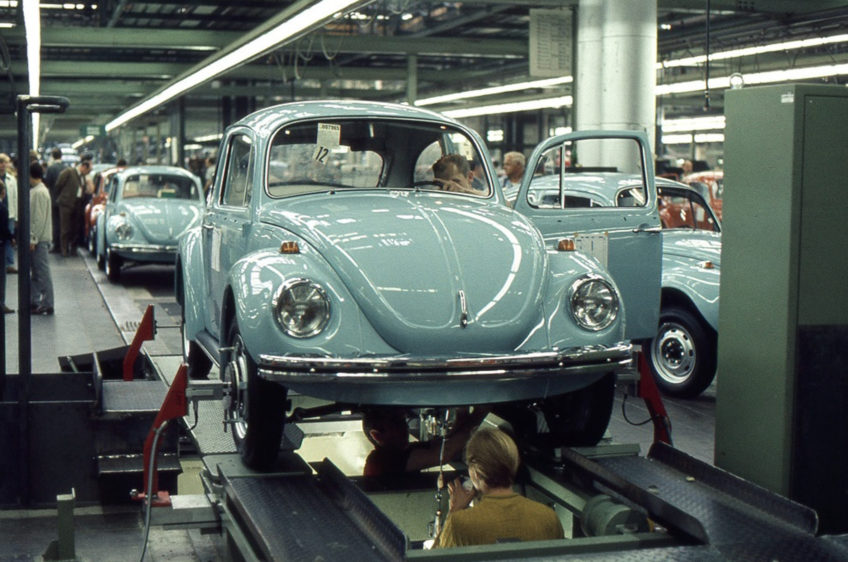 Production of the Polo, Derby, Passat and various other water-cooled models gradually joined the Golf although the manufacture of the hatch always seemed to take preference. In 2003, Wolfsburg was even named ‘Golfsburg’ as a stunt to publicise the launch of the Mk5 Golf. 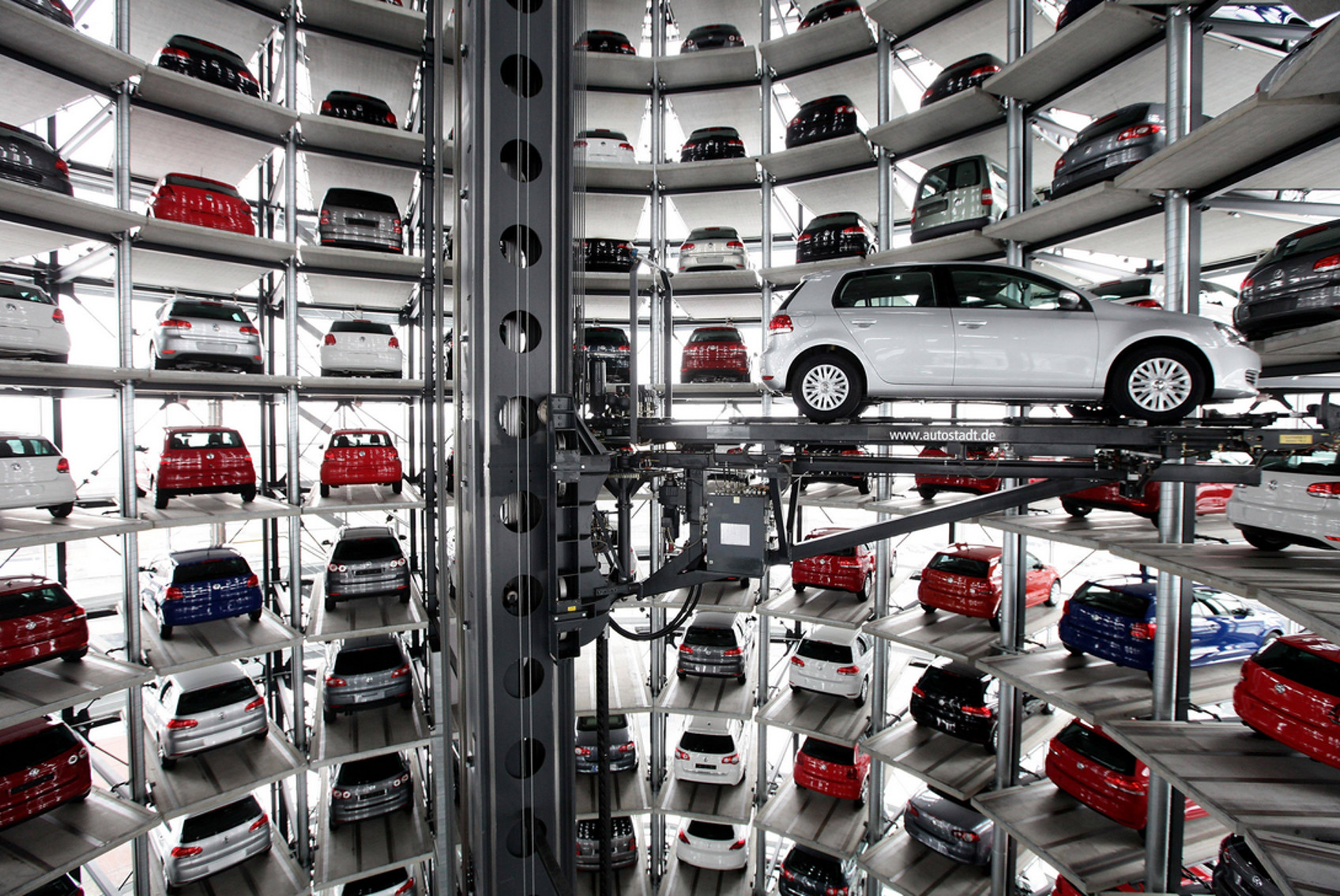 Today, the Wolfsburg site is home to Volkswagen’s HQ – as well as serving as a manufacturing base for the latest Golf, Golf Plus, Touran and Tiguan. It boasts the largest state-of-the-art paint shop in Europe, the first to use eco-friendly water-based paints, and the press shop processes an impressive 1500 metric tonnes of sheet metal every day. Next to the production facility itself is the AutoStadt, which houses the firm’s impressive museum as well as a planetarium, water skiing resort and a Ritz-Carlton hotel. It fact, it’s beome something of a Mecca for all VW enthusiasts, with many making the trip there – as in this Wolfsburg roadtrip story we blogged about here. Not bad for a site that was little more than a pile of ashes 70 years ago.