If you prefer sitting on the right side of the road in your Beetle or Bus, here’s what’s involved carrying out the necessary LHD to RHD conversion.

Often the best, least rust-ravaged classic Dubs are imports. Beetles and Buses that have arrived on these shores from the driest of the United States, or mainland Europe where it’s sunnier and they don’t dose their roads with corrosive salt every winter. The only snag is that the steering wheel will usually be on the wrong side. Now, we’re not saying this will be a problem for everyone because after a few attempts at changing gear with the window winder, most owners get used to a left-hooker. 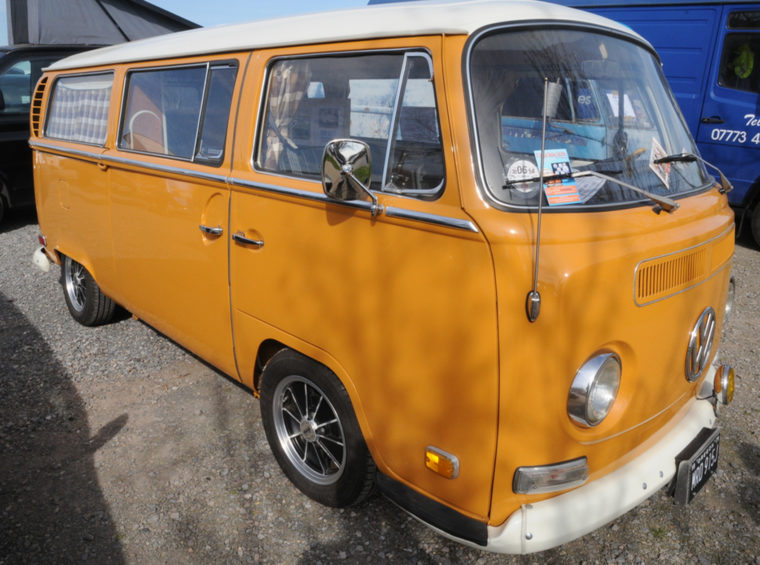 However, if you’d really prefer to be sitting on the same side as everyone else for reasons of better visibility in a Bus, for example, then you can always get your car converted. To be honest, it’s not a simple job, and probably one that’s best carried out by an expert or at least someone who’s done it before because there’s a fair bit of fiddling and fabrication. And before you take the plunge, take a few minutes to consider your car’s provenance and resale value first. Some potential buyers will be put off by a car that’s been fiddled with and made into to something that it wasn’t when it left the factory. Especially if it’s a very early, or rare car – in which case our view is that it’s best left alone. Obviously, if you’re converting a Bus, the sliding side door being on the wrong side will be an instant giveaway that it’s been converted. That said, for more run of the mill imports, if someone’s uncomfortable about a LHD, then a converted car will have more appeal. Whatever you decided, here’s a summary of what someone will need to do to make the switch…

There are three main areas to consider; the suspension/steering box, the dashboard and wiring and the necessary pedal cluster modifications.

Suspension/steering
Starting with the relatively easy bit first, it will be a case of swapping the steering box over to the other side which is a relatively straightforward procedure, assuming the necessary parts are available. The steering damper will need to be moved across at the same time and you will also need a RHD Pitman arm.

Dashboard
To convert to RHD, the old LHD dashboard will need to be cut out and replaced with one where the instruments and glovebox are on the correct side. While RHD dashboards are plentiful, it’s not a particularly easy task taking the old dash out – specialists tend to use a spot weld drill and an angle grinder. When it comes to welding in the RHD replacement, it can easily look like a dog’s dinner if not done properly. We’d be a little nervous about doing this kind of work on a really nice, mint car, and less concerned on a rusty ‘shell-off rebuild that needed a lot of welding anyway. 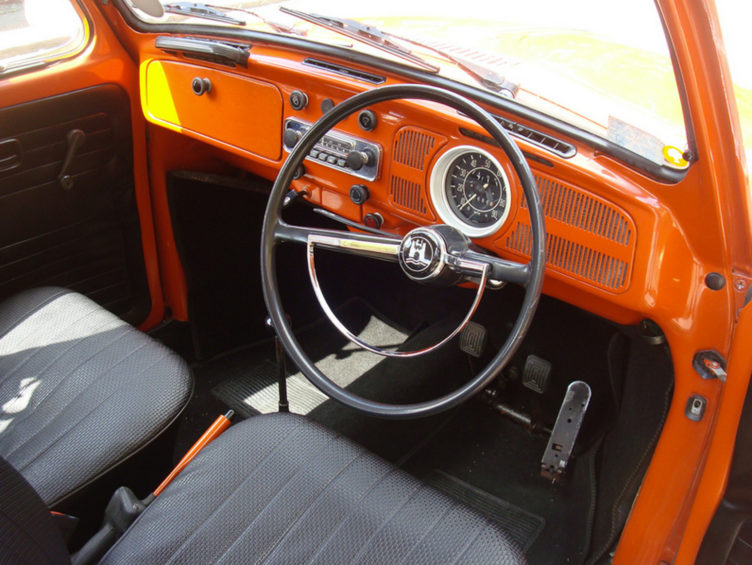 Things like the fresh air feed may need to be re-routed and a new speedo cable and bonnet release (on a Beetle) will be needed (because they have further to reach). Then there’s the wiring harness to consider, because again, wiring to the instruments will need to be lengthened to get to the other side of the car.

Pedal cluster
This is probably the most involved job of the whole conversion process. A RHD pedal assembly must be acquired, an appropriate aperture needs to be made in the right hand side of the tunnel and the clutch tube will need to be moved over. The frame head also has to be drilled for master cylinder actuating rods and the dimensions and locations of these have to be spot on. 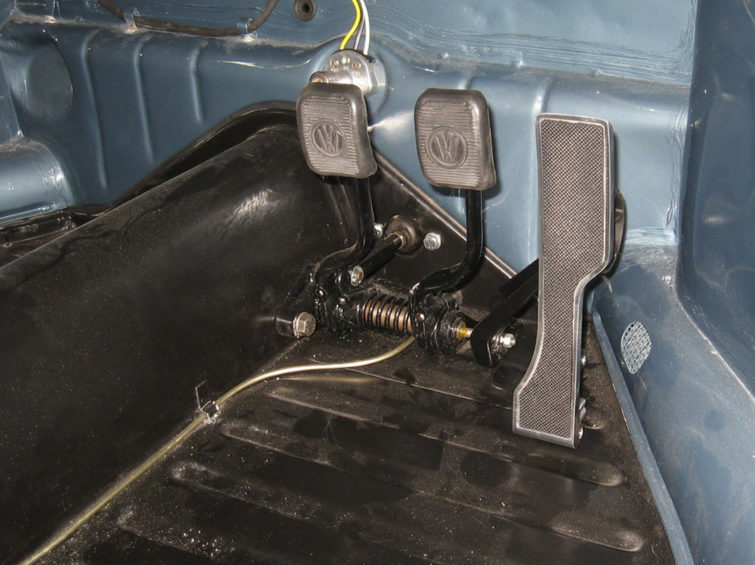 Other issues
Thought will also need to be given to mirrors; on a late-‘60s/early ‘70s Beetle there’s threaded inserts in the door. If you’re very lucky, there will be a thread on the right side with a blanking bung so all you’ll need to do is buy another mirror. If not, it will be easier to fit a RHD door with the necessary thread, or get hold of a peep-mirror and bolt that on instead. On earlier Beetles and Buses you might get away with fitting an ornate chrome mirror in the top of the door hinge. You’ll also need a RHD rear view mirror. 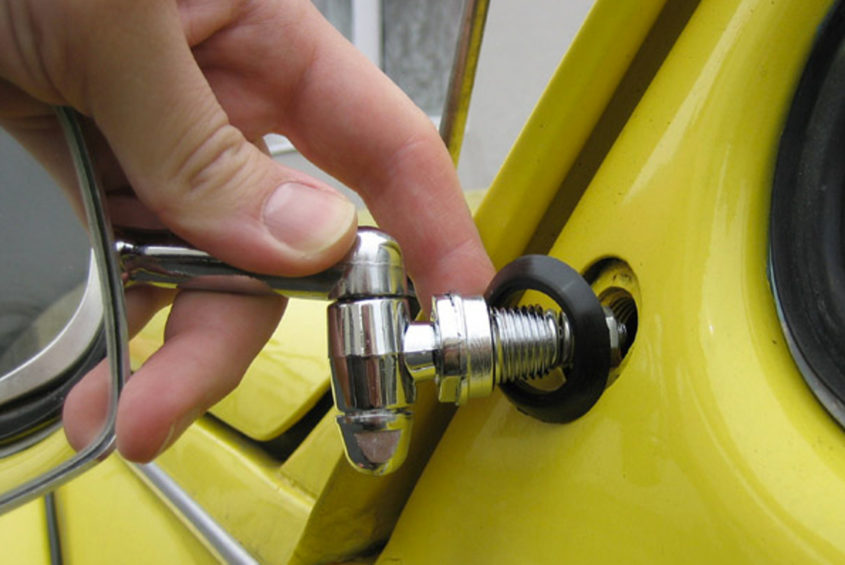 How much?
We spoke to Steve Johnson at Johnson Autoworks who frequently carries out RHD conversions. He told us cost depends on the level of finish you want to achieve. “You obviously have to strip everything out, but if you want a factory finish you could be looking at anywhere between £2,500 and £3,000,” he explains. “There’s always the option of modifying the original LHD dashboard if were worried about cost. The owner of a car we converted recently wanted a custom dash with Porsche 911 dials, so that was relatively easy.”

That might sound a lot if you simply drive in with a LHD car and drive home on the other side. However, if it’s part of a full restoration or custom build, then it’s only likely to be a small proportion of the total cost.

Steve says parts are usually readily available but prefers to obtain a donor RHD vehicle so he can simply swap all the necessary parts over.

At the end of the day, the choice of whether to do it or not is yours. It’s certainly not a five-minute job – but it’s possible, and if you’ll get more enjoyment from your VW with the wheel on the correct side, then do it.

15 responses to: LHD to RHD conversions