Adorned with more than 19,800 semi-precious stones, this Mexican Bug from the 1990s not only counts as one of the most decorative – but also one of the most symbolic. Here’s the how and why…

Production of the Beetle in Mexico began back in 1967, with the last Última Edición rolling out of the Puebla factory in October 2003, completing an impressive run of 21.5 million worldwide. In that time the humble VW Beetle, or ‘Vocho’ as it is known there, has become part of the country’s heart and soul – and to a degree, now, part of Mexico’s heritage.

In recognition of this fact, a five-strong team 50km east of Mexico City, close to the prehistoric ruins of Teotihuacán, embarked on a three-year project aimed at covering the 1994 Bug in a variety of semi-precious stones, such as obsidian, jade and aventurine quartz. 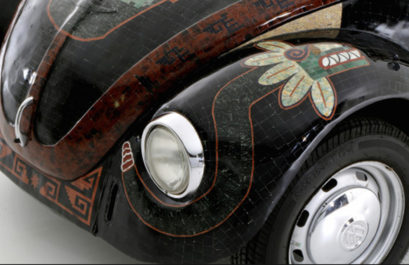 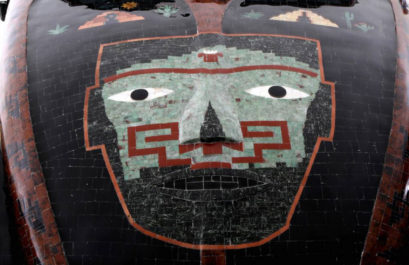 Naming it after its place of birth, the ‘Vocho Teotihuacano’ makes artistic reference to Mexico’s cultural heritage and traditions, as well as symbolising the close historical connection between Mexico as an important manufacturing location and the instantly recognisable Beetle. 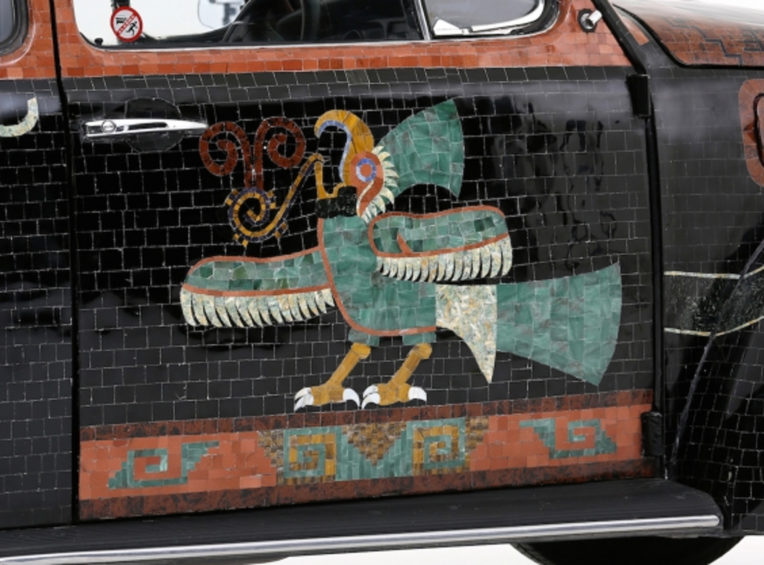 Weighing in at 210kg more than a standard Beetle from that era, courtesy of its cloak of stones, unsurprisingly it’s not meant to be driven. Instead, it’s currently on a tour of various museums around the globe and will eventually be auctioned off with the money going to a children’s cancer support organisation. 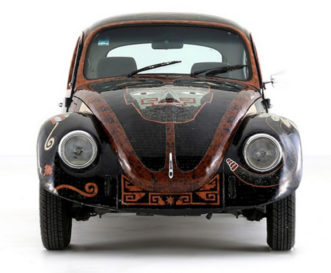 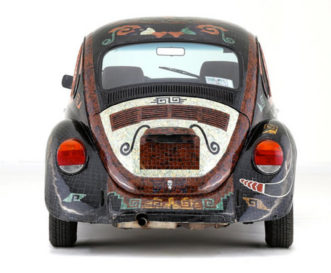 We think it looks pretty cool, but can’t help but wonder what’s been done to the interior. We’ve got a feeling the answer’s ‘absolutely nothing’, but wouldn’t it be great if it too had been done out in ancient materials or brightly coloured, hand-dyed patchwork trim?

This got us thinking about how we in this country would decorate a Beetle to reflect our cultural traditions. Perhaps it could be festooned in fried eggs and bacon, Kit-Kat wrappers or maybe even Yorkshire puddings. The latter would work well with a gravy tinted interior. What do you reckon? We would love to hear your suggestions…

3 responses to: Is this the most precious Beetle ever?