Continuing our 40th anniversary celebrations of the first totally iconic Golf GTi, we’ve plundered the archives to find out what the UK press thought about the car and specifically how it compared to our home-grown Ford XR3 rival. Their findings make interesting reading…

Agreeing that the Golf was the car against which all others must be measured, the poor Ford didn’t get off to a good start with Motor journalists when they pitched both cars against each other for their November 22nd 1980 publication. They obviously liked the totally old-skool rear-wheel drive RS2000 and seemed altogether rather sceptical about the handling virtues of a sporty front-wheel drive. Nevermind, though, because having embraced the change in fashion the Ford scored a hit regarding price coming in at £5,123 against the Golf’s £5,700 price tag although their use of the word ‘hefty’ when talking about the price penalty seems a bit OTT. 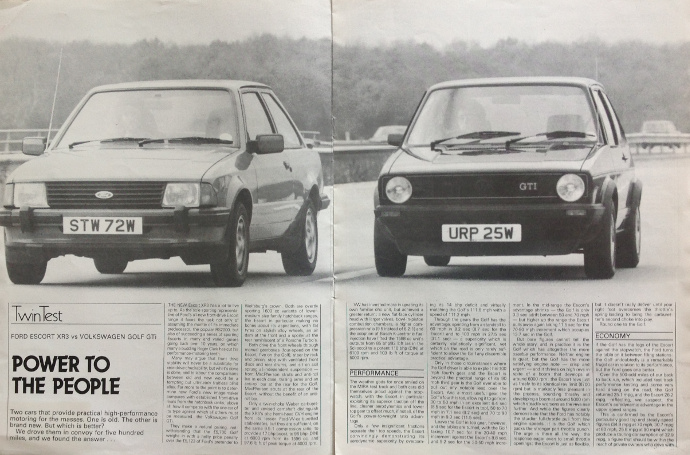 The article goes on to describe both cars as being mechanically similar, although the authors are particluarly impressed by the inclusion of a rear anti-roll bar on the Golf. Reading between the lines they are also won over by VW’s investment in uprating its familiar overhead-cam engine with the use of a new flat-faced cylinder head with larger valves, bowl-in-piston combustion chambers, a higher compression ratio and, of course, the addition of Bosch K-Jectronic fuel injection on the GTi. 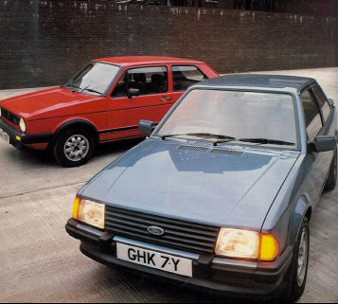 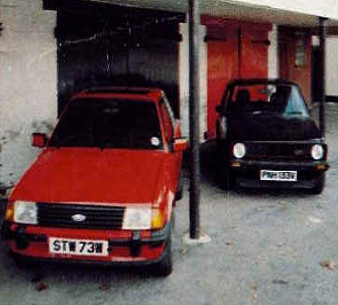 The Escort and Golf were then ragged around MIRA’s test track for 500 miles to compare performance, handling and economy. Here, it seems, the Escort initially upped its game against its sporting German rival with better traction off the line and cleaner aerodynamics which gave it a fractionally quicker top speed, despite its 14bhp deficit. That said the Golf, being lighter, was quicker to 60mph (8.2 seconds) compared to 8.7 for the Escort. Taking into account the differences in gearing (the Escort has a lower final ratio), Motor confirms that the Golf has the most “usable performance,” describing the power delivery as “crisp and urgent” and praises it for packing the strongest part-throttle punch. Round one to the Golf.

In economy tests, however, during “hard driving” the Golf returned 25.1mpg against the Ford’s 26.2mpg during which they put down to the Escort’s smoother front end profile. Round two to the Ford.

When it came to behing behind the wheel, Motor described the Golf as “rolling rather more, its skinnier tyres not quite having the same bite.” But they soon confirm the Golf’s handling as being the more sophisticated, “displaying finesse where the Escort, even at its best, seems heavy-handed.” Concluding that the Golf “simply waltzes away from the Escort while the Ford bounces from crest to crest,” they award the Golf a technical knock-out. 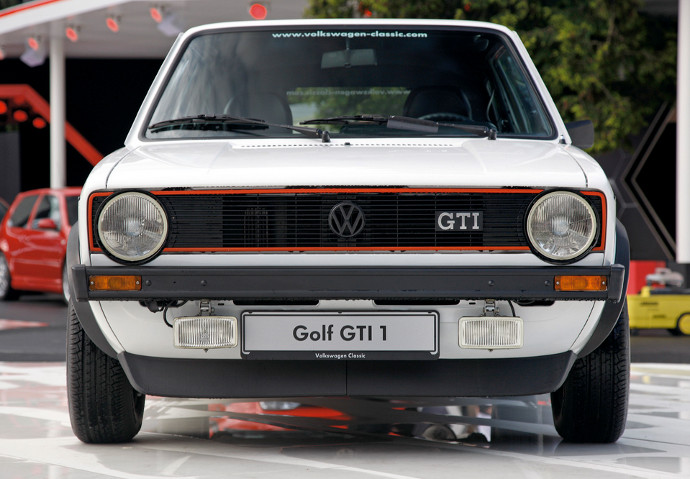 As for the rest of the test, they describe the Escort as having better feeling brakes, more legroom and a bigger boot. On the other hand, the testers loved the Golf’s suspension set up, describing it as “the near-ideal sporting compromise: soft enough to be comfortable on choppy surfaces around town, but taut and controlled for fast motoring over uneven open-road surfaces.” They condemn the Escort by describing it as “Firm, unyielding and marred by tyre thump and suspension clonks.” Motor liked the Golf’s crisp engine note, its general fit and finish and while they bemoaned the fact that it didn’t have a radio as standard, they appreciated the rear seatbelts and locking petrol cap. They remarked on the Golf’s “cluttered” looking engine bay (right) with its mass of pipes and ducting, but confirmed that wouldn’t necessarily detract from accessibility. 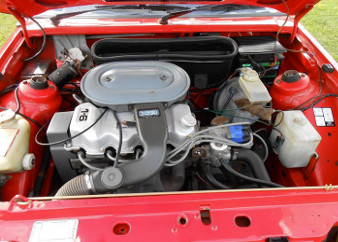 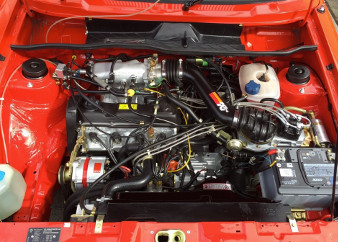 In conclusion, needless to say the Golf won it by a mile with Motor’s motoring hacks confirming that the “GTi is altogether the superior driving machine and still the best car of its type that money can buy.” As an interesting observation, while ‘foreign’ cars had a reputation for being more expensive to own at the time, despite the lack of aftermarket suppliers and dealers (there were just 350 VW main agents at the time) the Golf faired surprisingly well when it came to a parts price comparison. In fact, according to the article, back in 1980 a set of front brake pads was just £18.11 for the Golf and £20.57 for the Escort, while a front wing was also cheaper at £38.53 compared to £40.25 for the Ford. A clutch was also cheaper from VW than Ford. 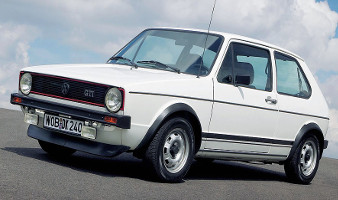 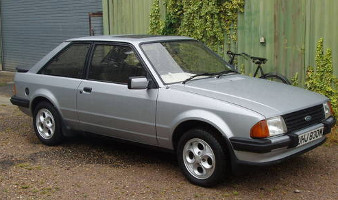 Coming back to the present day the water suddenly muddies over a little when it comes to values. Golf Mk1 GTi prices are stronger than ever (the starting price for a reasonable example is £6,000) but the sporting Ford isn’t far behind. Because fewer have survived, an early XR3 (before they were injected) is a rare find indeed and you might actually have to pay more than a Golf for its rarity value alone. Whether it will ever have the same kudos as an early VW hatch, though, is much less likely…