It seems a lifetime ago that VW badges were being stolen en masse from our cars – but were you one of the many Dub owners that got ‘Beastied’ back in the late 1980s?

It was commonplace in the late ’80 and early ’90s to see various Volkswagens trundling around with blanks where their VW badges used to be – and who knows, to an extent, it might have actually lead to the Euro badge-less grille look that dominated the showscene years later. 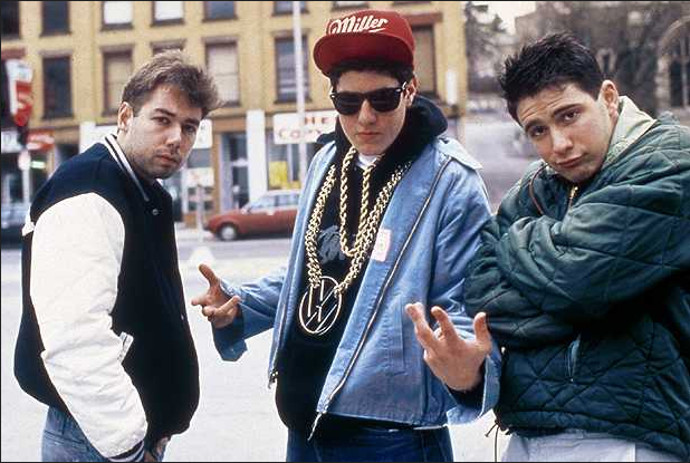 For those fortunate to be too young to remember, the theft of badges made national news at the time – and as the problem escalated VW itself even got involved, replacing customers emblems free of charge in an attempt to quell the stress it was causing owners and lessen the risk of the whole sordid business impacting on future car sales.

The thefts all stemmed from US rap group the Beastie Boys, who’s biggest hit at the time was (You Gotta) Fight For Your Right (To Party). Band member Mike D (Michael Diamond) had a VW badge swinging from a thick metal chain hanging around his neck which immediately prompted fans across the world to emulate the look. Within days the VW badge became a must-have Beastie Boys lover’s accessory from Brooklyn to Bradford. When on tour here in May 1987, such was the mayem being caused by the craze, there were even calls to have the lads deported! 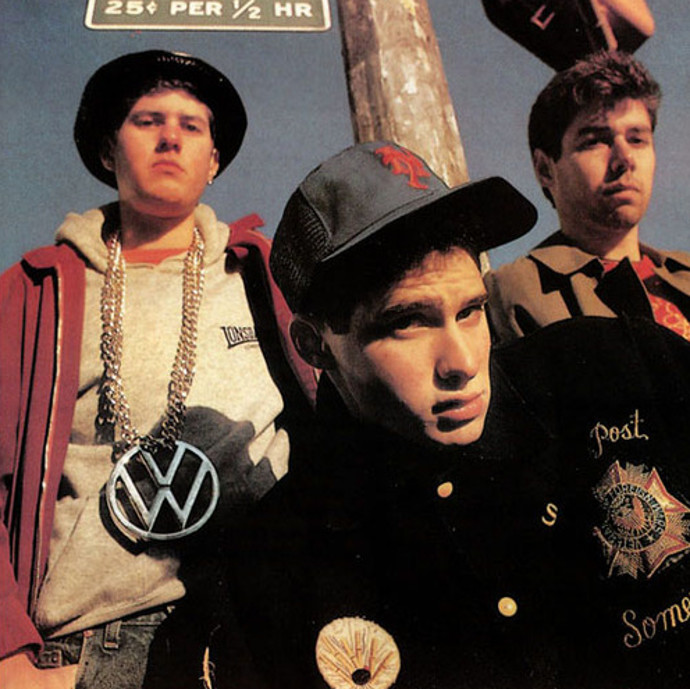 According to a newspaper clipping from the time, when asked whether they saw the fad as positive advertising a Volkswagen spokesperson replied, “We find the whole thing relatively distasteful. It’s nice to have one of the world’s best known industrial symbols copied, but it is vandalism and people’s cars are being damaged.” No exact figures are available, but the same spokesperson confirmed that in the first weeks of June 1987 as many as 250 customers a day were getting replacement badges. 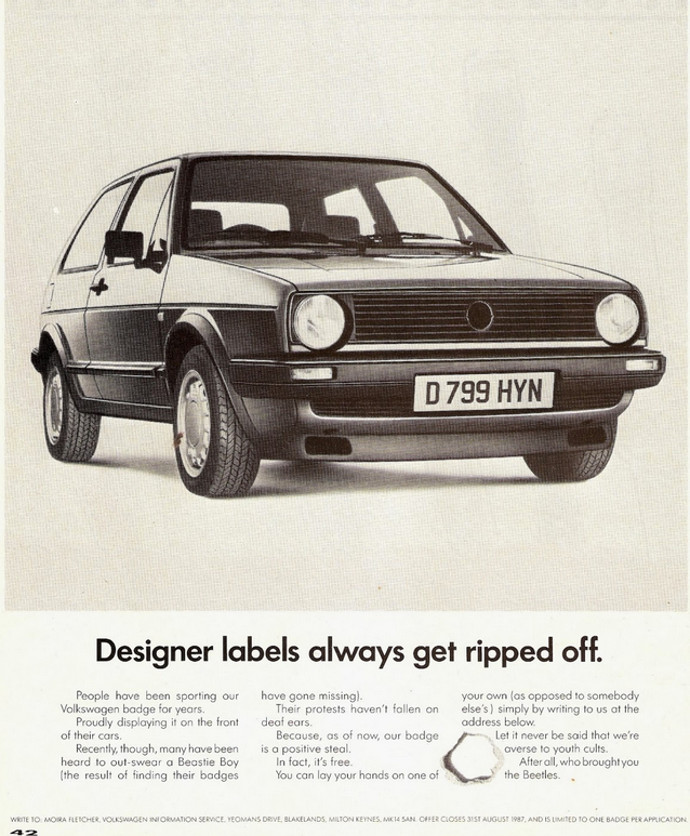 Unsurprisingly, as their records raced up the charts and thefts reached epidemic proportions, Volkswagen stepped in by offering Beastie Boys fans free badges – even producing a special advert in an attempt to put a stop to badges being taken which often resulted in the car’s grille being damaged at the same time. Mercedes, BMW and Audi badges started to be nicked from cars as well, but we doubt the their marketing people were quite so good as VW at turning a negative into a positive… 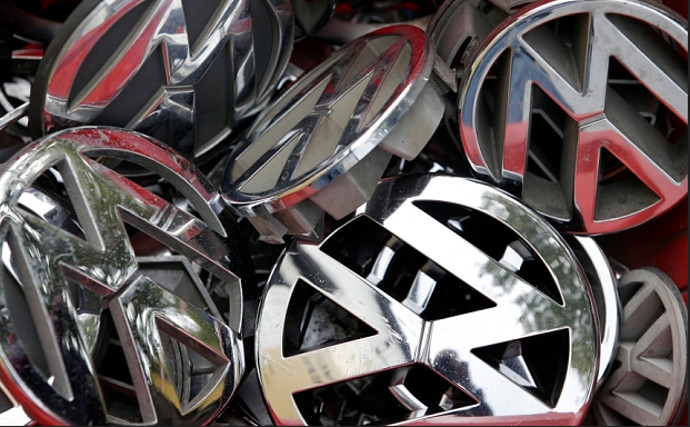 The band made a brief comeback in 2004 but thankfully they had all grown up a bit by then. And much to the relief of VW owners everywhere the fashion of wearing a particular car badge around their necks had long been forgotten…

One response to “Remember being ‘Beastied’?”