As the mercury falls, you’ll no doubt reach for the heater controls in your car. But what if they don’t work and you end up with more cold air blasting through your cabin? There’s no excuse for having a chilly car this Christmas, so here’s some tips on how to sort out some of the most common VW Golf heater problems…

Cold cars aren’t fun, and while gloves and hats will combat the chill, a misted up windscreen on the other hand could be dangerous; just a small amount of warm air from the blowers should keep things clear, and during the dark, wet winter that could be a real life saver. Here’s what to check. 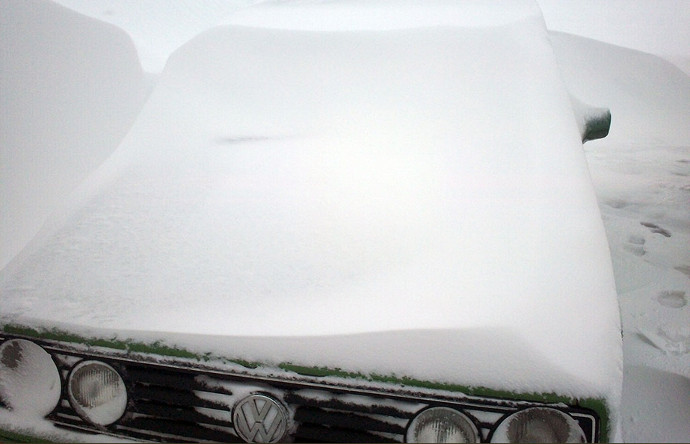 Mk2 matrix woes
The heater matrix is the source of most climate related complications on the Mk2 Golf and its booted brother the Jetta; and when it goes your blower will be chucking out cold air not hot. This is caused by the matrix can blocking, causing it to split, which in turn soaks the passenger footwell with water (and hopefully not your passenger’s feet with hot coolant).

Check under the bonnet where the inlet and outlet heater plumbing run into the bulkhead because it’s not unusual to find the heater matrix disconnected altogether, or the VW non-return valves removed or replaced by solid bits of pipe inserted to transport the water back and forth. Do note though, that the replacement upgrade heater matrix we offer here already has this valve built in, so will require the removal and bypass of the original valve in the engine bay. 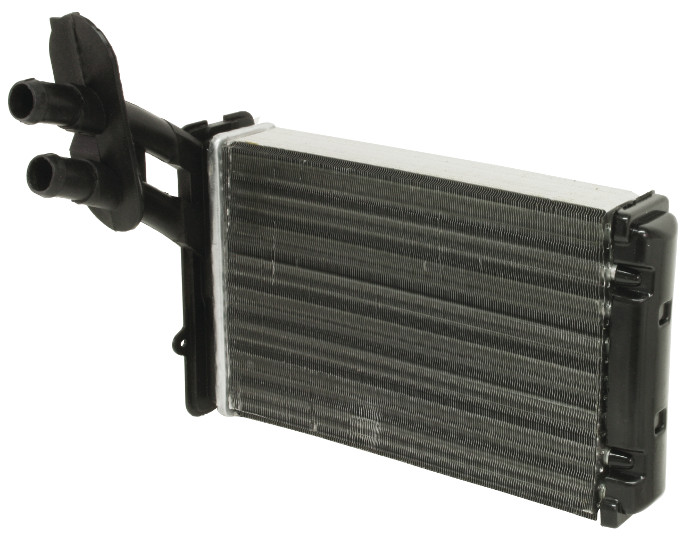 The matrix works like a mini radiator and the non-return valve prevents it from exploding. The valve can fail (in which case you can replace it) but if that doesn’t cure your temperature troubles, then you will need to fit a replacement matrix which is a ‘dashboard out job’ as it’s tucked up behind the middle of the facia. Don’t rule out air locks causing the issue though; to get rid of these run the car with the expansion cap removed and the fan disconnected, let the water boil over, then turn off the engine and top up with more coolant.

Heater resistor
If the heater on your Mk1 or 2 Golf only works on setting 3 the chances are the resistor on the fan pack behind the dash has failed. It’s a relatively simple fix that requires a soldering iron and removal of the lower passenger under panel. The resistor is on the back of the blower connector so follow the blower wires to the heater fan housing. They should be attached to a connector on a metal plate on the front of the blower housing, so disconnect it. This plate will prise free with a screwdriver, but be careful not to snap the clips as they break very easily. 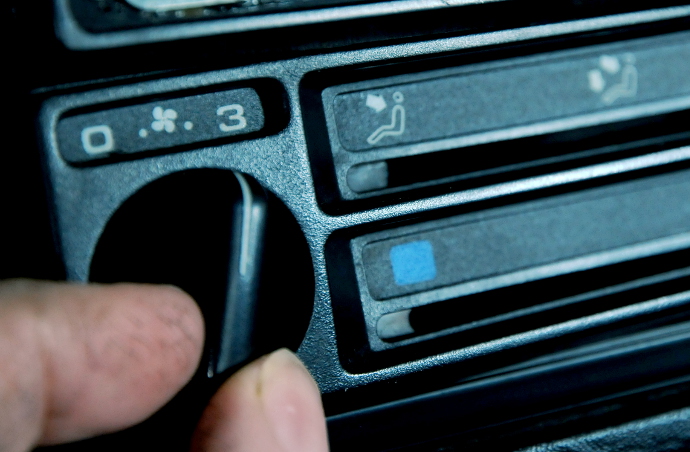 When you get the plate off, look on the back of it and you’ll see the thermal overload resistor (small, cylindrical thing). Desolder it and get another one of the same value and solder the new one back in (be careful here, too much heat and you’ll blow it again). When you’ve done that, clip it back into the blower housing.

Mk1 fan foibles
If your Mk1 Golf has been sat for a while, water may have run in from the scuttle panel, and started to rust the bearings causing the fan motor to seize; so when you switch it on, nothing will happen and the fuse will blow! Before you pull the blower motor out though just double check you haven’t got a faulty heater switch on your hands, you can pick up a new one here and it could save an hour swearing and grovelling under the dash. If the old blower needs to come out it must be removed from the inside, where it lives in the centre housing beneath the dashboard – sadly it is slightly too big to be removed out the top and through a non-smoothed engine bay (the firewall gets in the way!)

Coolant level lows
If you’ve got rubbish heaters, have you checked the coolant level in your expansion tank? It may sound simple, but if it’s dropped below the minimum mark, then your heaters won’t be nearly as efficient. Topping up with the correct anti-freeze is a short term solution; use what the manufacturer originally recommended and don’t mix two and five year (Organic Acid Type) brews. 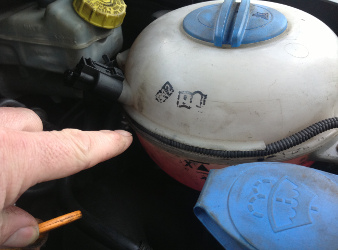 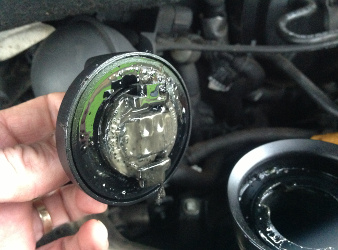 You do need to know why the level’s dropped in the first place though, and once you’ve ruled out obvious leaks the most likely culprit is the cylinder head gasket. If it’s failed, you’ll notice oil contamination in the water and water in the oil, in which case there will be a creamy white deposit on the underside of the oil filler cap. And you thought having cold feet was your only worry!