The purity of the original Golf was loved the world over, but no more so than in South Africa where production lasted for another quarter of a century. Here’s the story of the ‘Citi’ and the country’s long goodbye to the original hatch icon…

Perhaps it was because an elephant unflatteringly featured on adverts for the ‘bigger’ second generation Golf – or the simple fact that it was quite a bit dearer. But either way in South Africa their fondness of the original angular, no-nonsense Mk1 meant that it enjoyed a 25-year stay of execution as an entry level model in the VW line up.

Youthful, cool, retro and attractively priced the Mk1 was revived as the Citi Golf and the story of how it got the initial go ahead, its evolution and the mass grieving that followed when it was finally discontinued in 2009 makes fascinating reading…

Bear in mind that South Africa was a latecomer to the whole Golf phenomenon, its Uitenhage plant near Port Elizabeth only being converted from Beetle to Golf production in 1978, some four years after the car made its debut in mainland Europe. Indeed, the first example only rolled off the production line that May. Impressively, over half of the 5000 individual parts that went into producing the car were manufactured in South Africa, making it a truly home-grown product.

The benefit of being so distant from Wolfsburg was that VW allowed a variety of interesting variants from the start, including one that used the 60bhp 1.3-litre engine from the Polo – a full year before it arrived in Germany. In the Autumn of 1978, adopting the nomenclature rejected by Wolfsburg initially, the GTS took on the role of the GTI with its 1.6-litre 85bhp powerplant, available in the Passat and Scirocco – but never in the Golf. The ‘Giant Killer’ as it became known, could do 0-60mph in just 10.6 seconds, which wasn’t far off the European GTI. It’s a shame, in line with all South African Golfs, it was only ever available as a five-door. 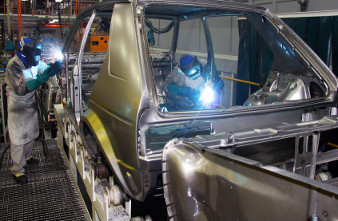 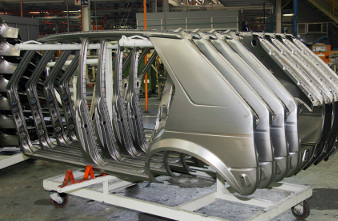 So when the bigger and more expensive Mk2 appeared, VW South Africa started looking at an entry model alternative. One was to adopt the Polo, but the investment needed to build it and the fact that it was only available as a two-door at the time ruled it out. Another was to produce a poverty spec Mk2 without glove box lid, passenger sun visor and tailgate struts – but even in that guise it was deemed too pricey. The third option was the ‘Econo’ Golf… a stripped down version of the Mk 1 that used an existing 1100cc 50bhp unit. A beige concept study was presented internally, but even the most prudent bean counters failed to be impressed by its sheer austerity. Deemed to have zero desirability, and with market research confirming that something a bit more upbeat was needed, the Citi Golf concept with bright red paint was developed. 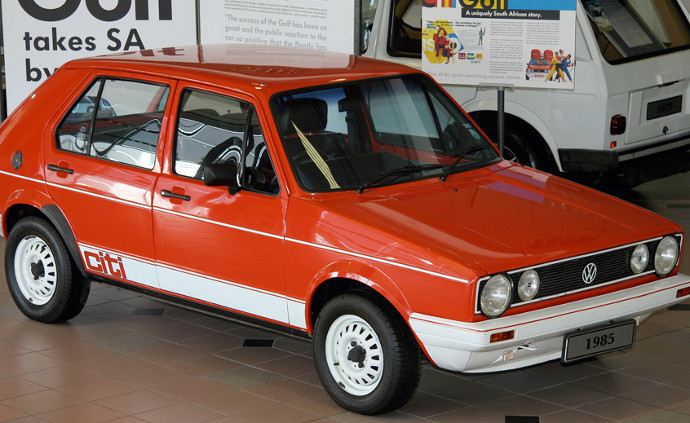 So, in December 1983, a good nine months before the South African launch of the Golf Mk2, production was switched from the original Golf to the derivative Citi Golf. Again, it only came as a five-door model with no sunroof; the only engine available was a 1.3-litre version with a single carburettor, capable of 65bhp and there was no extras catalogue. It was available in red, blue or yellow, although the lower section of the bodywork gleamed in radiant white, just like in the original concept study. In 1984 black was added as a colour option and the 85bhp 1.6-litre Citi Sport joined the line up with sports pews as a re-incarnation of the GTS. Sales rose exponentially thereafter with sales reaching 7622 by 1988.

In 1989 the Citi Golf was given a facelift with a more curvy grille reminiscent of the Mk2 as well as strengthening of the C-pillar, the distinctive hockey stick shaped corrugation effectively beefing up the surrounding bodywork. At the same time, the Citi Golf Sport was given a 1.8-litre engine producing 95bhp. The 112bhp 1.8-litre from the Mk1 GTi was re-introduced in 1990 in the guise of the new range-topping Citi Golf CTI. In 1992, the lower end of the range was expanded: the Citi Golf Shuttle came without a rear wiper, vanity mirror, passenger grab handle and a few other luxuries. 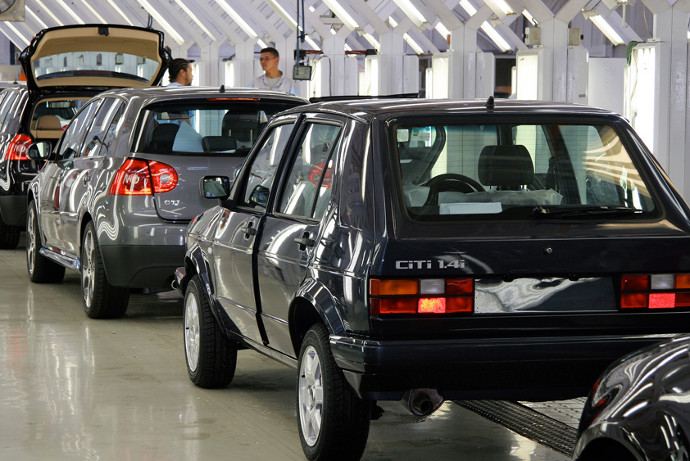 Rather bizarrely at the end of 1992, as the Golf Mk2 was gradually being superseded by the Mk3 in South Africa, for a few months the first three Golf generations were rolling off the production line in the same assembly hall in Uitenhage. More odd was the fact that later on in production, it would share the same production plant as the MkV! 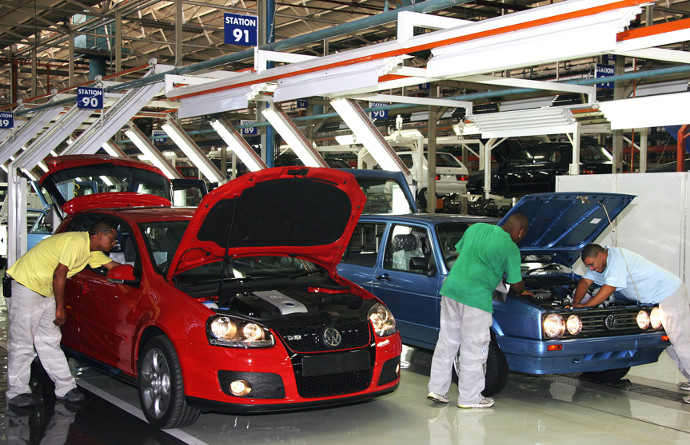 In 1995 the austere Shuttle was replaced by the Chico, becoming the cheapest car in the country, and sales boomed: whilst annual sales of the Citi Golf since 1991 had levelled off at around 15,000, the final figures for 1995 recorded 26,759 models sold – and a historic record market share of 45.1 per cent in the entry-level segment. 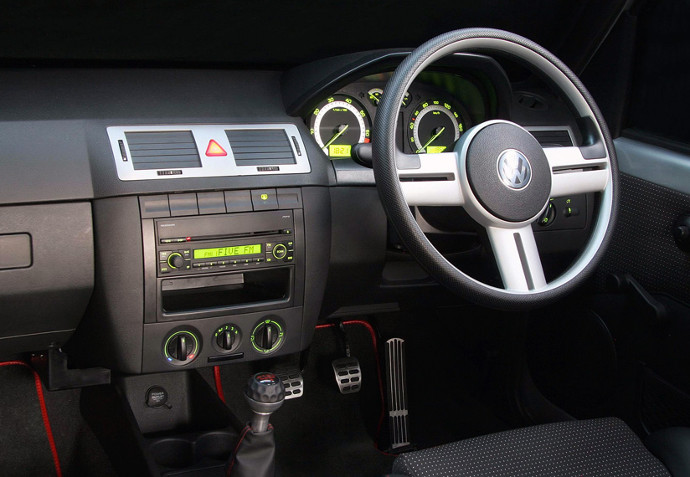 New special editions of the Citi Golf followed; in 1998 entry level engine size grew to 1349cc with the output rising from 65 to 71bhp. At the same time, there was another slight facelift, and from 2002 output from the 1423cc unit was increased to 73bhp. Meanwhile, the Citi 1.6i was getting the performance market hot and bothered with its punchy 100bhp. In between these two models came the 82bhp 1.4i. In 2003, VWSA freshened up the interior giving it a dash similar to that of the Škoda Fabia in virtually every detail. Posh or what! 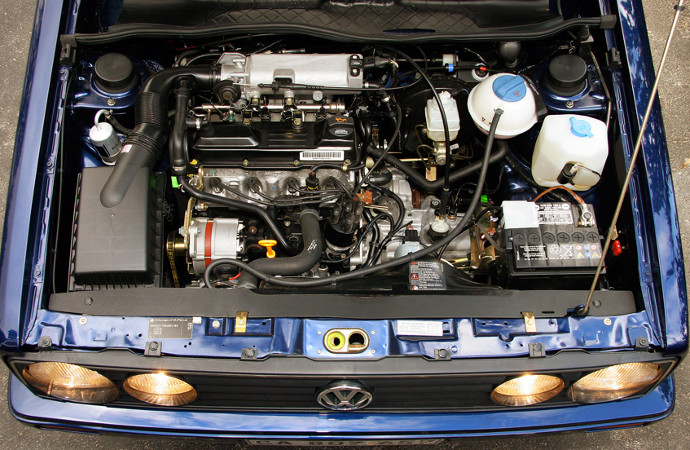 Another facelift in 2007 added a circular brake light inlay has adorned the classic rear light, whilst the front spoiler was also given a clearly visible makeover. However, the big news was the launch of the Volkswagen Citi Golf 1.8i R-Line, the most powerful Golf Mk1 ever to leave the factory (apart from the rare GTI 16S for the French market). With a scorching 122bhp it was capable of 120mph. 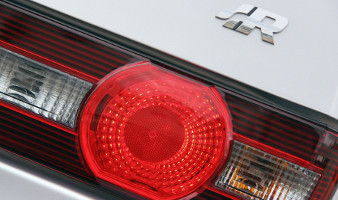 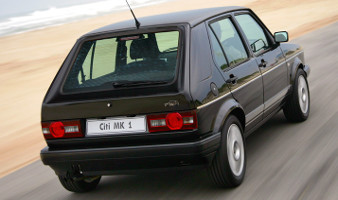 Being right-hand drive no doubt there were Mk1 lovers here with ambitions of bringing one over. However, a fly in the ointment was the fact that the hot R-Line and indeed all of the Citi Golf models built since the 1990s were incompatible with EU registration laws. The last models just about conformed to Germany’s Euro 2 emission standard that had long since expired and with lead free petrol only being introduced in South Africa in 2001, catalytic converters had been unheard of previously. ABS, on-board diagnostics and power steering were also alien concepts. That said, the last Citi models did feature airbags.

On 21 August 2009, the last of a total of 377,484 Citi Golf models built in Uitenhage since the end of 1983 rolled off the production line, the last 1000 all being individually numbered. The last advert from more than a quarter of a century of unorthodox Citi Golf advertising appeared in the form of a farewell in January 2010. 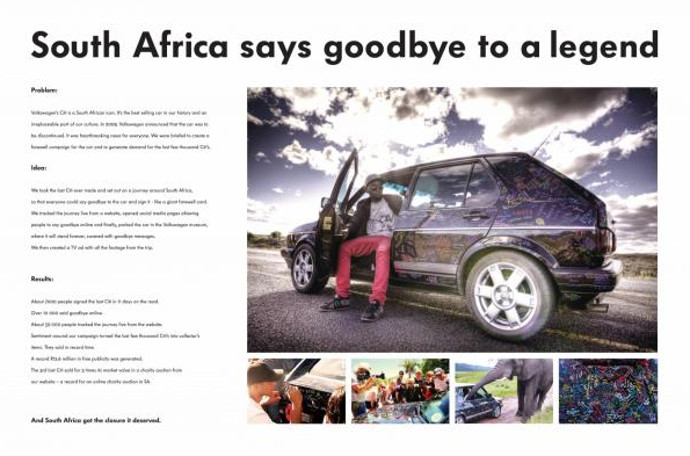 Its successor was the Polo Vivo, an updated version of the Polo IV, Type 9N, available in Germany between 2001 and 2009. It was good, but emotionally it never twanged the heartstrings in the same was as the Citi.

We’re pleased to report that South African VW enthusiasts continue to cherish the Citi, with lots having been modified and generally fettled over the last few years since its demise. And long may their love affair continue…