When ordering parts or restoring a car back to its original spec, it’s useful to know as much about your Bug as possible. Here’s how to unravel the dark art of engine and chassis codes…

First things first – you need to know where to look to find the necessary numbers. The ‘birth certificate’ for your Bug will be underneath the bonnet next to where it locks to the front apron – it will tell you the origin of the car as well as the chassis number. The chassis number can also be seen on the centre part of the chassis, under the rear seat and in the windscreen of very late Beetle models. The engine number is the easy one – it’s on the generator/alternator pedestal support.

So what do all the numbers mean, and what can they tell you about your car?

Chassis Numbers
Starting with chassis numbers, the Beetle has always had the factory designation of Type 1 and with the exception of the period from 1956 to 1964, the chassis number will start with a 1 or 11. Chassis numbers started at 1-0001 in 1940, but because the Type 1 prefix also included military vehicles, by 1945 when the numbering had reached 1-053814, only a few hundred Beetles had been built. By 1955, once Beetle production had reached one million, the 1 prefix was followed by seven digits. The prefix was then dropped; the last car produced in 1956 being given the number 1394119. The numbering system changed in 1965 with the introduction of a three digit prefix consisting of 11 to denote the Beetle (the Karmann Ghia was designated Type 14 and the Cabrio Type 15), followed by a digit to denote the model year, eg 5 for 1965 and so on. The first Bug to leave the production line in August 1964, therefore, was 115 000 001. 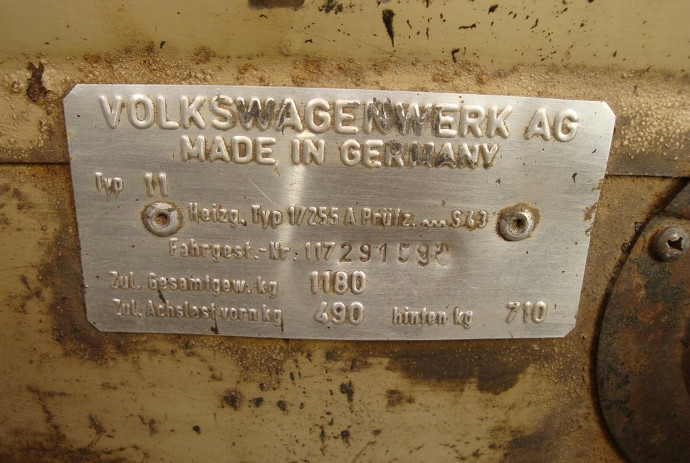 In 1970, a 2 was added to indicate the second decade, so the first 1970 model made in August 1969 was given the number 110 2 000 001. The last Beetle produced in Germany was 118 2 034 030. Instead of using 110 3 for the first 1980 model, produced in August 1979, the chassis number 11A 0000001 was adopted. When international standardisation took place, this became WVWzzz11zAM000001. WVW means Volkswagen private cars, the z’s are fill in characters and the letter ‘M’ in the 11th position denotes the country of manufacture, in this case Mexico. Dating some cars is easier than with others; the build date of June 1979 is easy to interpret on this US Cabriolet sticker. You might also find date stamps on parts such as wheels – although bear in mind rims might have been sitting around a while before being fitted, so don’t worry if they predate the car’s build date by a year!

‘Type’ numbers
The chassis number only contains the first two ‘Type’ digits, but in fact the full Type numbers were made up of three digits up until 1968, then six thereafter. A summary of the post ’68 numbers are as follows: 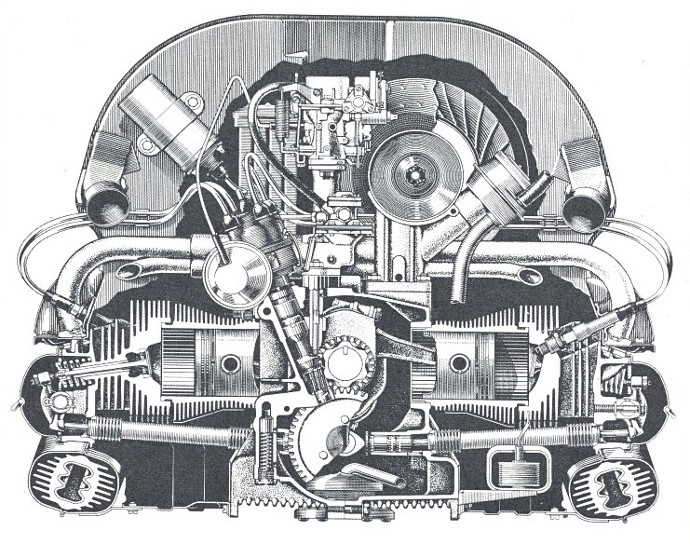 Engine codes
It’s always interesting to know what engine’s in your Beetle and you can check by looking at the prefix. Engine number prefixes were first used in 1965 with the introduction of the 1300, with other Beetle numbers as follows:

Data stickers
To confuse matters slightly, some Beetles were fitted with a sticker (usually stuck the metalwork by spare wheel well) which gives the chassis number, type number, engine and gearbox code, paint codes and a list of any factory fitted options. Accessories fitted by the supplying dealer, of course, wouldn’t be included. 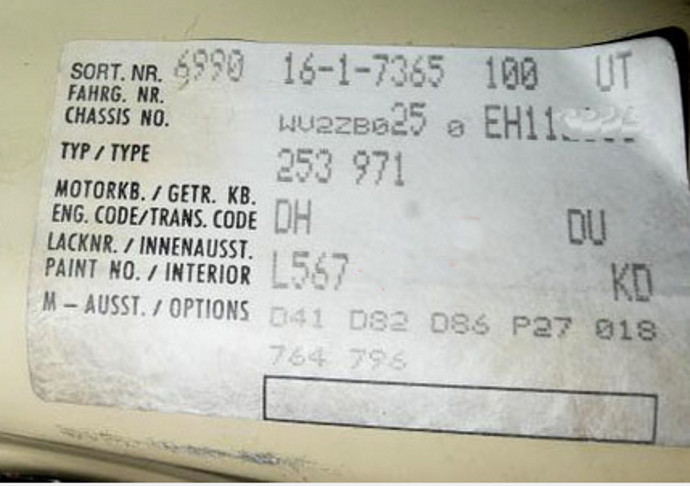 The colour code could prove useful when carrying out restoration work, of course, and by identifying the original interior trim, you can determine whether items have been changed. Meanwhile, the options list will tell you which accessories were fitted when it left the factory. So, for example, if you’re keen on returning your Bug to original spec – it will tell you what accessories to keep, which to ditch and what parts are missing… The list published on TheSamba.com here might prove useful. If you’ve done any detective work yourself regarding Beetle M numbers, we’d love to hear from you…

299 responses to: How to decipher your VW Beetle engine and chassis numbers