The Volkswagen K70 arrived on the scene in 1970 and it marked the dawn of the front engined, watercooled VW. (Although its engine was an evolution of an NSU motor, and a bit of an anomoly in this story.) We decided to take a look back through history to try and trace the roots of our beloved VW engines, and highlight the pivotal petrol models in the genetics of the watercooled powerplant that we know and love.

Although the path had been cleared by the K70, Volkswagen didn’t offer another watercooled model until the Passat in 1973, which was a mechanical mirror image of the  Audi 80, launched the previous year. (Audi and its predecessor Auto Union, had, as it happened been using a front mounted watercooled engine for years.) The engine powering both the ’80 and the Passat was the “EA827”  and it would be the basis for the legendary Golf GTI. This design can still seen in VW models leaving the factory today.

Next time you complain about an Audi at a VW show, remember what started it all! 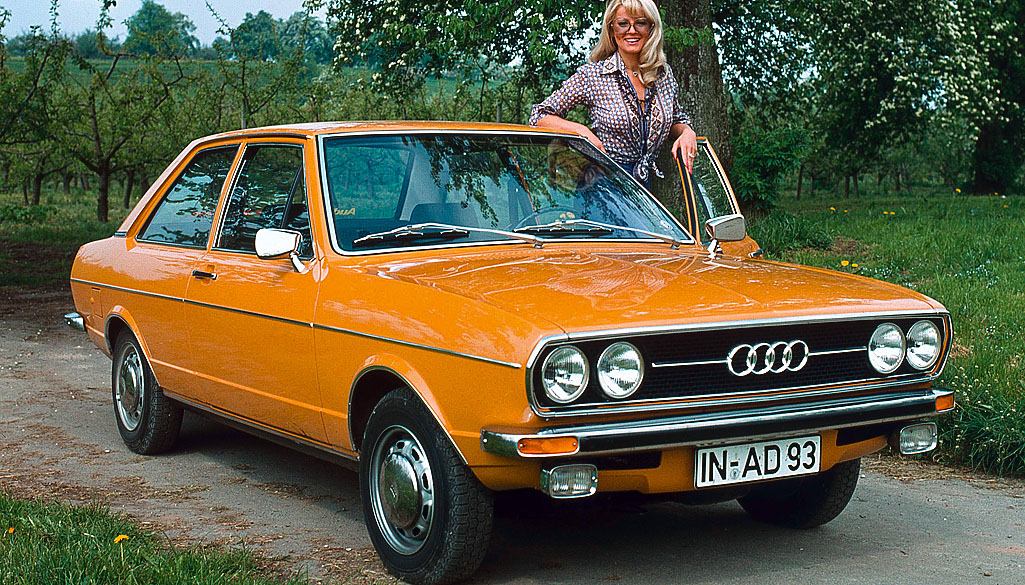 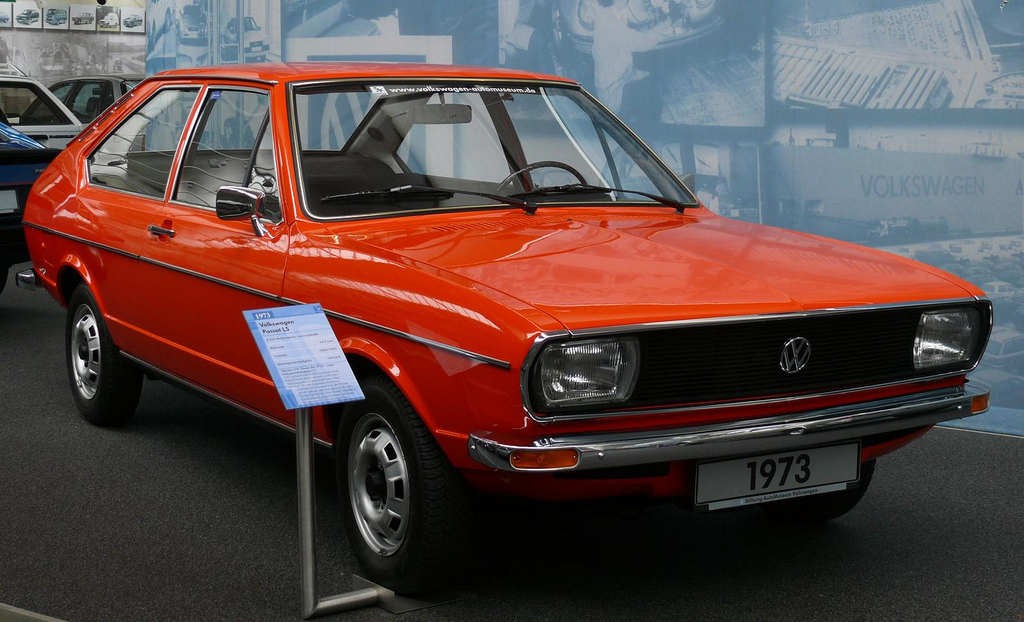 The powerplant started small, with 1297cc and 1457cc options, both longitudinally mounted, although powering the front wheels. Following in the Passat’s footsteps was the Scirocco, the Karmann built coupe on the new Mk1 Golf platform. It would serve as a test bed for the Beetle’s replacement, and of course play home to the EA827 motor, but this time mounted transversly, allowing for a shorter bonnet, and the creation of a smaller car.

Along with the ‘big block’ EA827 motor, the Scirocco and 6 months later the Golf, would house the EA111 engine too; this is what we would commonly refer to as the ‘small block’ lump. This unit was also fitted into the Polo Mk1 from its launch in 1975, as an 895, 1093 and 1272cc option. The Polo, now celebrating its 40th Birthday, was unveiled shortly after the Audi 50…notice a pattern here? 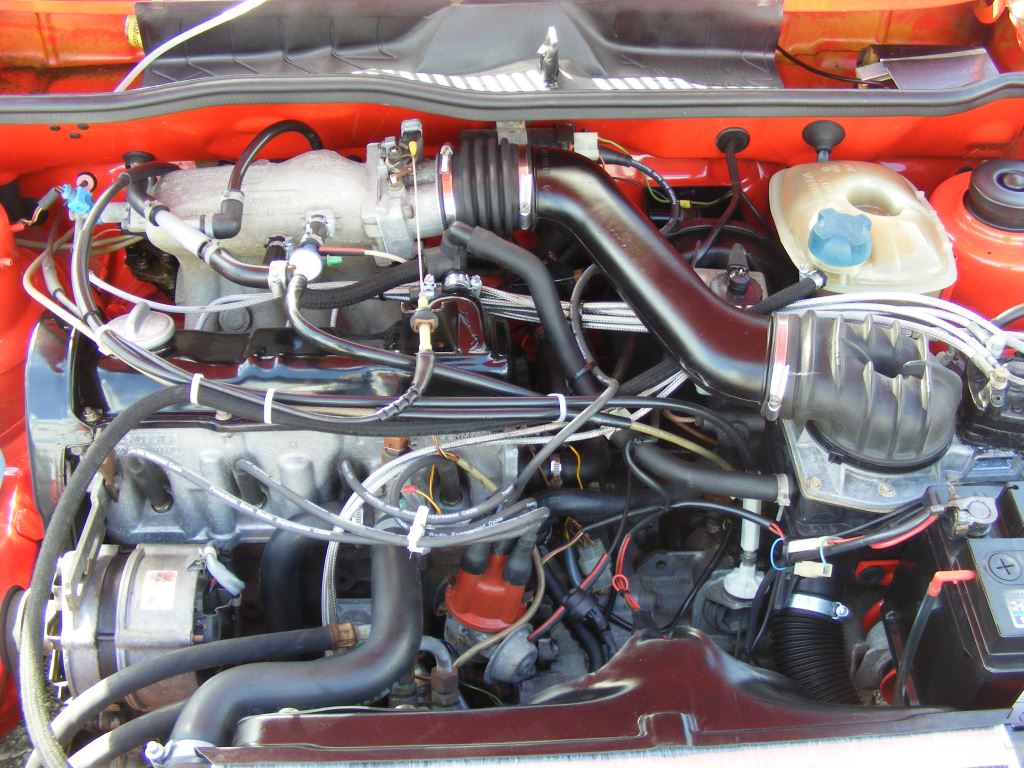 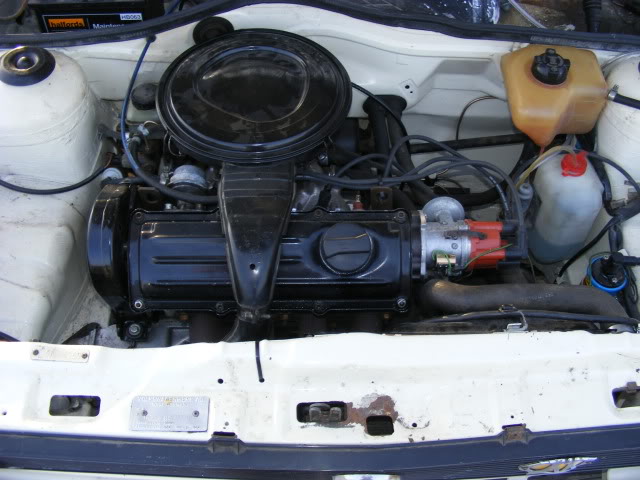 The Golf Mk1 GTI is a beautiful story of engineers and an after hours project. The EA827 unit, in 1588cc size was partnered with Bosch K-Jetronic injection; powering the light weight family hatchback with 110hp. Unveiled at the Frankfurt motor show in 1975 it was an instant hit. In 1982 the capacity was increased to 1780cc, releasing a few more horsepower and setting the standard engine capacity for GTIs for the next ten years.

Working in chronolgical order, this is where the Wasserboxer engine as found in the T25 / T3/ Vanagon model fits in. The already proven four cylinder ‘boxer’ layout was produced as 1.9 and 2.1 litre units and was cooled with the addition of waterja

ckets to the cylinders. They were introduced in 1982, as an answer to the stricter emissions regime that the existing aircooled engine would no longer meet. In South Africa a 5 cylinder Audi powerplant was chosen from 1991, and the T25 remained in production there until 2002. A six cylinder version of the WBX engine was developed by VW in partnership with Oettinger, in 3.2 and 3.7 litre capacity. However VW pulled out, leaving Oettinger to continue their work, and market it as a performance upgrade, direct from themselves. 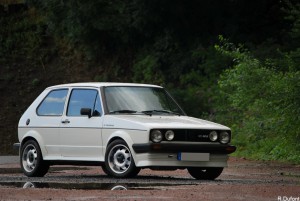 The 1800cc 16v powertrain mainly featured in the Mk2 Golf (from 1986), although for a few lucky markets, like Germany and USA it was also bolted into the Scirocco Mk2. The first VW to officially recieve 16 valves however was the Golf Mk1, in the guise of the 16S in 1981; with the Volkswagen 16v project not yet ready, it featured a 1588cc unit producing 134bhp built and developed by Oettinger. Only available in France  and Switzerland (the concept came from VW of France, to combat the Renault 5 Alpine) with a hefty price tag and in pretty limited numbers, this is a very rare car to see today.

The 8v GTI replaced its K-Jetronic injection with Digifant in 1987, although the 16v remained fuelled by the Bosch system until the end of ‘KR’ production in 1992.

Even the supercharged G60 engine used the EA287 motor; which was first offered  in the 1988 Passat, although more commonly associated with the Golf Rallye and Corrado models. 71 special edition Golf Limited models were produced which featured the 3G coded G60 16v, a 207bhp engine built by VW Motorsport. With 4 wheel drive, this model was the highest performance VW production car up until the R32 was launched in 2003. 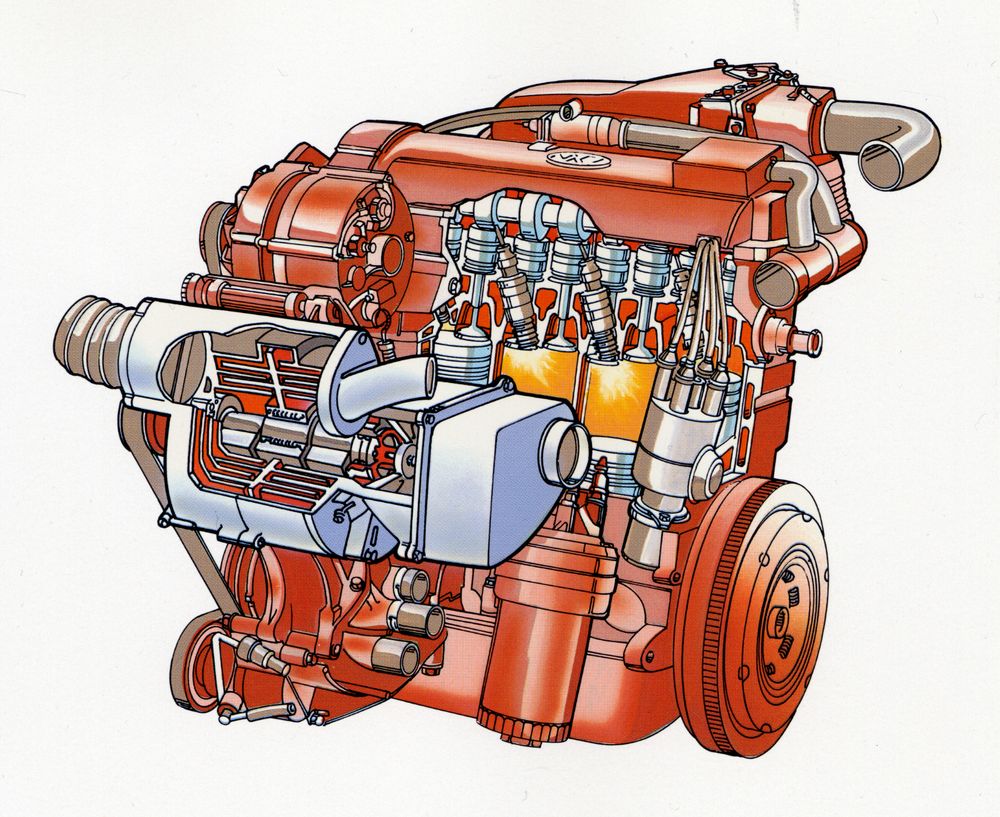 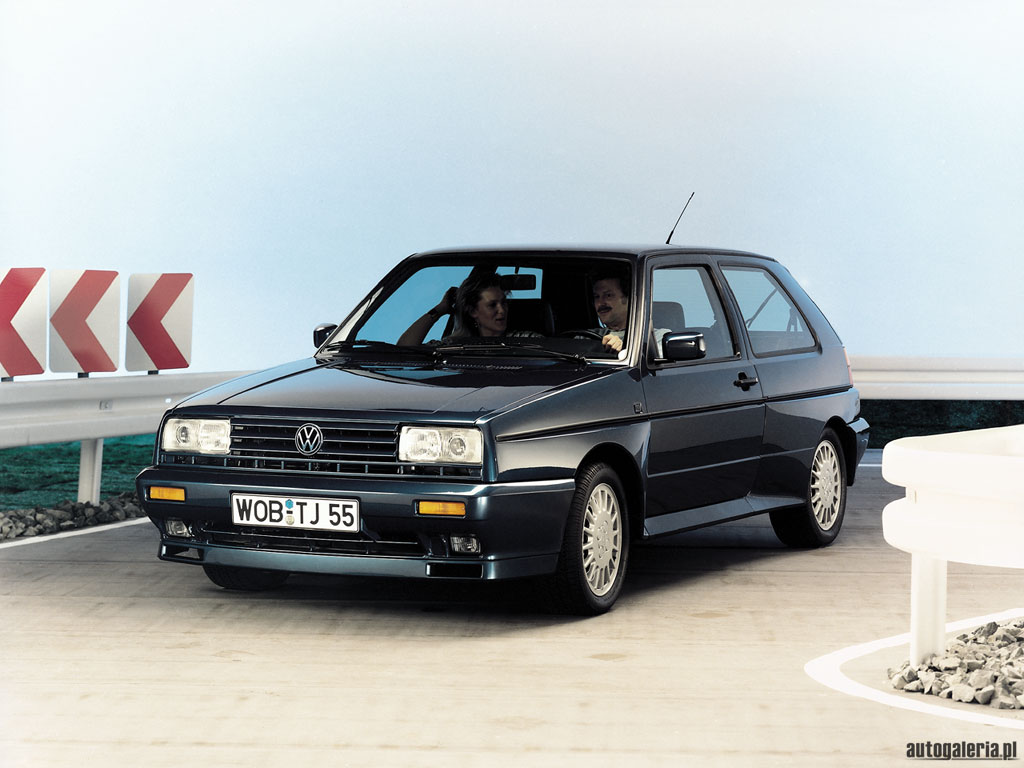 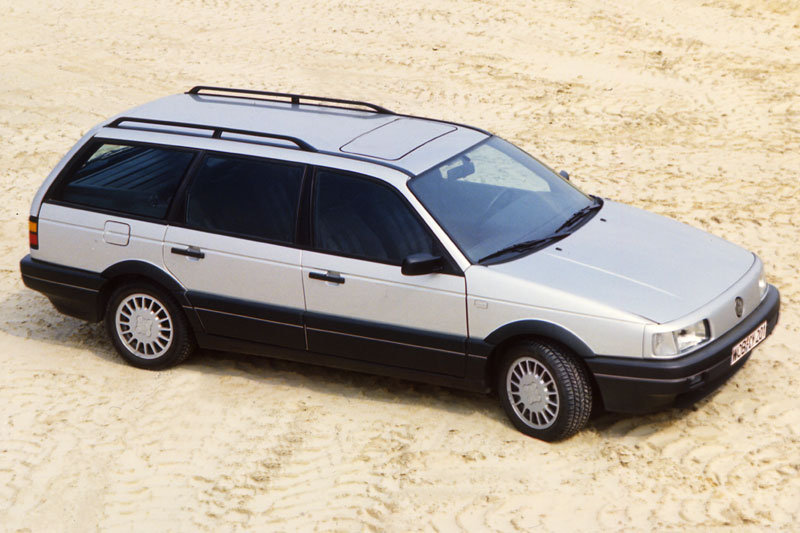 The lowly EA111 also benefitted from forced induction, when VW created the supercharged G40 concept in 1985 to compete in a number of world endurance speed records; something that would appear in production in the German market Mk2 Polo G40 in 1987, as a limited run of 500 and later in the Mk2F Polo for the British market. 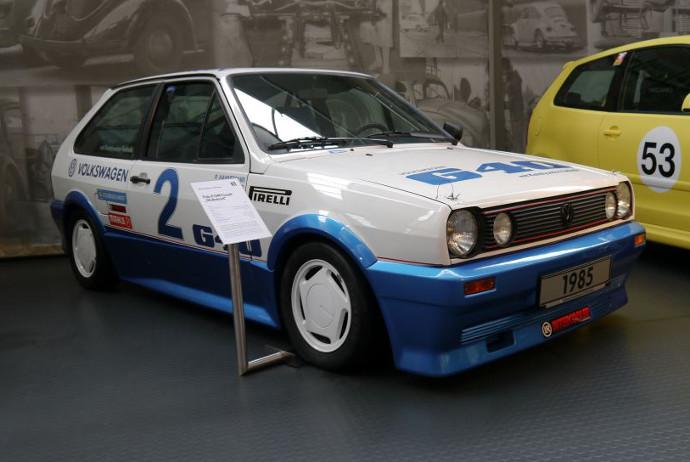 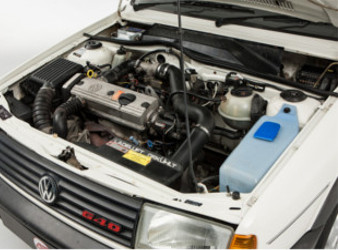 Before rounding this story off, we should also give a nod to the VR6 engine. Introduced in 1991, it was offered in the Passat and Golf Mk3 in 2.8 litres, the Corrado as a 2.9 litre unit and from 1996 in the T4 too (the reason they made a longnose version). This engine has had a pretty good run too, being offered in a reduced size as the V5, had extra valves added (from 12v to 24v) enlarged in capacity to 3.2 litres for the RSi Beetle in 2001, and of course the R32, and even further for the R36 Passat. The VR6 powerplant has also found its way into the Audi A3 and the Porsche Cayenne

The EA827 engine was superseded in 1993 by the EA113 unit; this kept the same cylinder spacing, but was 2litres in capacity and was bolted into the Corrado and Mk3 Golf GTI in both 8v and 16v form. Fast forward a few more years and you can still find the EA113 being used in the FSI (Fuel Stratified Injection) models;  and an evolution of it has been produced, coded the EA888 which will eventually take its place. No prizes for guessing which German brand developed that one either!

I hope you found this as interesting to read, as it was to write.. My apologies if i’ve missed something -please point it out, and we’ll happily update it!

13 responses to: The history of water cooled VW engines