The classic VW Beetle has always enjoyed a reputation for legendary reliability, but longevity depends on lots of regular care and attention. Here’s our quick-fire expert guide on keeping your Bug in rude health…

The Beetle spent decades building a reputation for being unbreakable, but in the wrong hands all that can go to pot if careless owners take advantage of its good nature. The result is Beetles that break down all the time and just scrape through the annual MoT test. Well, we think that’s wrong because there’s absolutely no excuse to neglect a Beetle given the huge amount of support, knowledge and indeed Beetle parts that exist for this classic retro gem. So here are just a few pointers to keep your Bug on the straight and narrow… 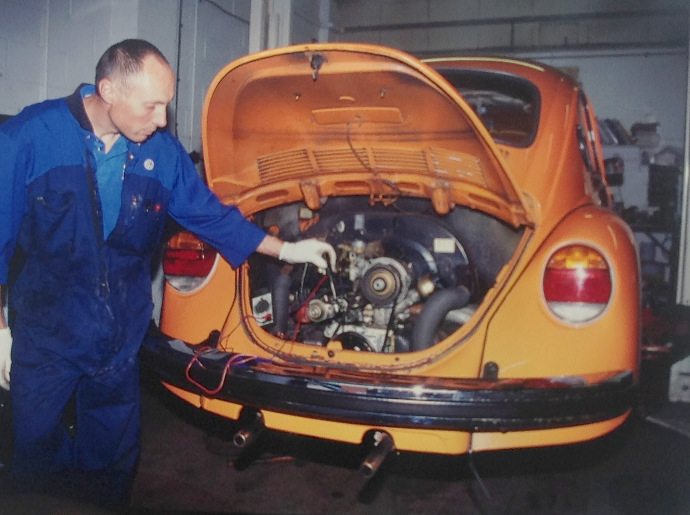 Oil changes
Being responsible for much of the engine’s cooling, the small amount of engine oil in the Bug has to work incredibly hard, so its condition is critical. It should be replaced every 3000 miles and you need to clean the gauze filter (under the circular plate on the bottom of the engine). You’ll need a new paper gasket; be careful not to overtighten the 10mm nuts holding the plate in place. Refill with around 2.5-litres of fresh 15w40. You’ll find the bits you need here. 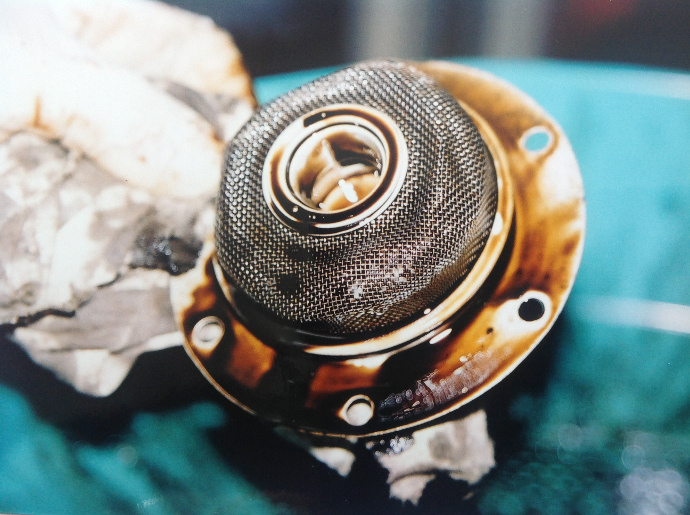 Oil leaks
Leaks at the back of the engine are usually caused by a leaking crankshaft oil seal. This is an engine out job, and you may need to remove the flywheel. A new seal isn’t expensive, but if you’re going to all this trouble, you might as well do an engine overhaul at the same time.

Give it a plug
Just because spark plugs are a nightmare to access (especially on later Beetles where there’s even less room) doesn’t mean you should ignore them. The key is to use a convenient tool and not overtighten when refitting. Most plugs are pre-set, but the gap should be 0.7mm.

Coming up for air
Don’t overlook the Beetle’s need to breath clean air. Changing oil in an older Bug’s cleaner is simple, as is replacing the paper element in later types so there’s no excuse… 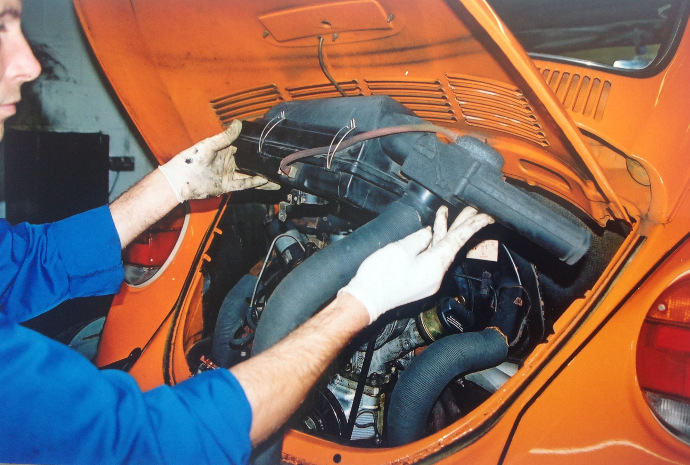 Engine out job
Replacing crumbling heat exchangers and work on the heads (such as fitting new valve guides) is always easier with the engine out. You’ll need a sturdy trolley jack, a selection of 17mm spanners and a couple of helping hands to get it out safely.

Play the game
A good way to check the general condition of an engine is to pull on the crankshaft pulley. If there’s lots of end float, the crank bearings are worn and you’ll need to schedule in a rebuild at some point.

Mind the gap
Getting the tappet gaps right on a Beetle is important and the simplest way to set them is to turn the engine to top dead centre (match the notch in the crankshaft pulley with the join in the crankcase). Starting with cylinder number 1 nearest the front of the car on the offside, the gap should be 0.15mm. Now turn the pulley through 180 degrees anticlockwise and check cylinder number 2. Repeat for 3 and 4 on the other side, each time turning the pulley through 180 degrees. The engine has to be cold when doing this. 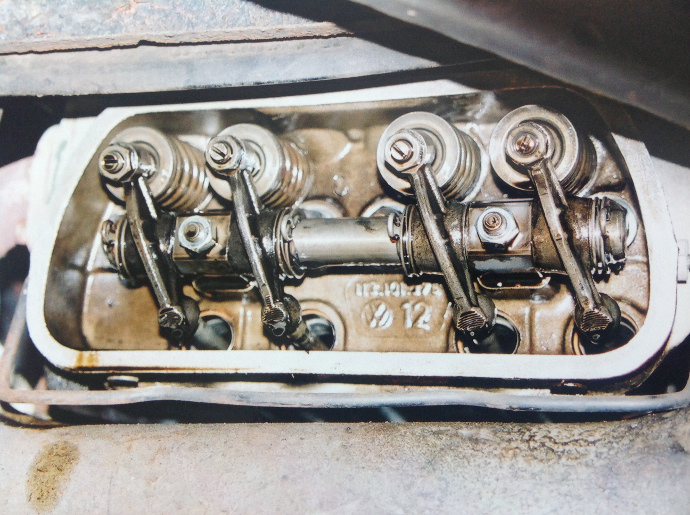 Rust alert
Part of a Beetle’s service should involve periodically checking that common mud traps, such as the bumper hangers, sills and the bottom of the doors are all kept clear to avoid corrosion. In summer, why not get underneath with a jetwash, get rid of any flaky paint and metal and treat with an anti-rust wax…

Stop it!
Beetle brakes, if set up properly, knock spots off other cars of their era, and all the parts are readily available here. Most Beetles have drums, but bigger engine Bugs have discs at the front. With drums, back off the adjusters via the holes in the back of the backplate, being sure to flood them with release agent first. Prise off the metal dustcap, undo the 6mm alley key and unscrew the 24mm locking nut to remove the drum. Check the cylinders to ensure they’re not seized, then peel back the rubber gaiters to check for leaks. Check the shoes and reset the adjusters so you just hear the shoes rubbing. Apply the brakes then readjust as necessary. At the rear you’ll need to undo the castellated 36mm nut which holds on the rear drum. You may need a piece of long pipe to get leverage. 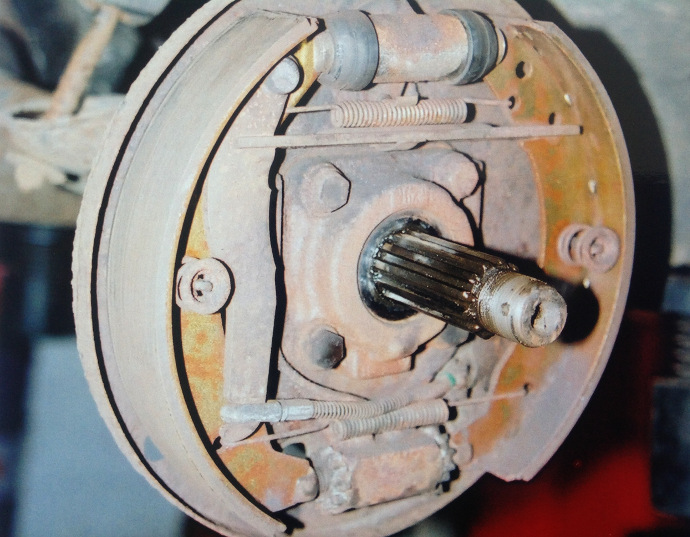 Jack of all trades
When working on a Bug, be careful where you jack it up. Don’t risk bending the sills lifting it where the factory jack fits or put the jack under the engine or transmission. Use the back end of the chassis (the main spine) instead and always use sturdy axle stands to support it afterwards.

Don’t miss the Tin
Okay, so fitting some of the tinware surrounding the engine can be a fiddle, especially if the fittings are rusty or missing altogether. However, all the tin shrouding the engine as well as the rubber must be in place for effective cooling. Similarly, the rubber seal between the tinwork and the lip where the boot catches must also be in tact. While you’re inspecting the bay, make sure the heat insulation material is firmly in place and that the sheet at the back of the engine isn’t in danger of being sucked into the cooling fan. It can happen!

Gunning for it
On older Beetles with torsion bars, apply grease to the two nipples on the top and bottom torsion bar each side. Keep pumping until grease emerges from the torsion arms at the end. While underneath do a visual inspection of the other bushes. 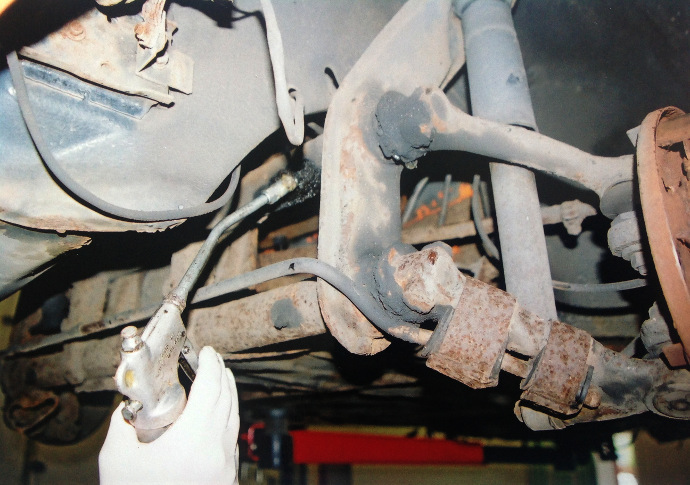 Keep your cool
A thermostat under the engine controls the flow of air over the oil cooler. Don’t be tempted to disconnect it thinking it will make the engine run cooler, because it will do just the opposite. Check the thermostat bellows opens to 48mm in length when the engine is fully warm.

Some like it hot
Beetle heaters take some coaxing, so to make the best of what’s available check that the cables are doing what they are supposed to and that the heat exchanger fittings all move freely. If you smell oil, then your heat exchangers are rotten. Likewise, if everything’s ok at the back and you’re still missing out on warm air at the front, it will be your heater channels.

Don’t slack
The tension and condition of the pulley belt is crucial to cooling and charging. You should be able to do this (below), but if the belt is too loose it will slip. Take out the slack by removing shims for the centre of the top pulley and placing them on the outside under the nut to increase pulley diameter. 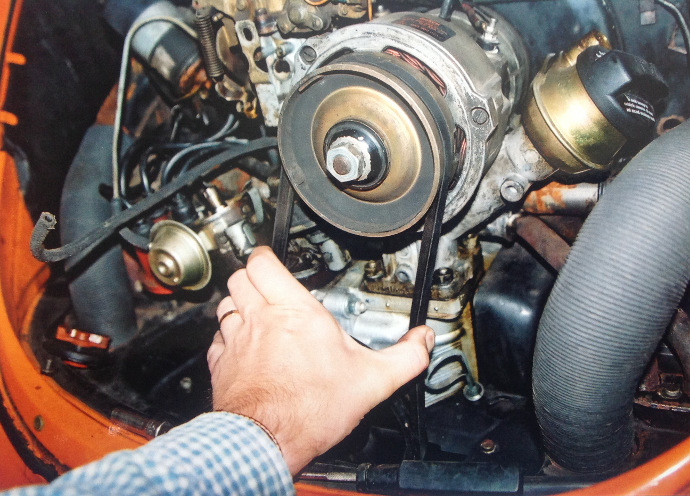 With that all done, all that’s left is to jump in, drive and enjoy!