We don’t need to explain why the Mk1 Golf is one of the coolest cars you can buy, but suffice to say for the ultimate water-cooled retro toy, the original Golf ticks all the right boxes. Here’s our VW Golf Mk1 Buying Guide to sort the nuggets from the nails…

What’s not to love about the Mk1? With its angular styling and wonderfully nostalgic interior, it’s a car that instantly makes you feel all warm inside. It’s the perfect antidote for mundane modern motoring – and what’s more, the Mk1 scene is massive with dedicated clubs (Mk1 VW Golf Owners Club) and a seriously strong parts situation which means there’s unlikely to be any dramas keeping one in fine fettle. 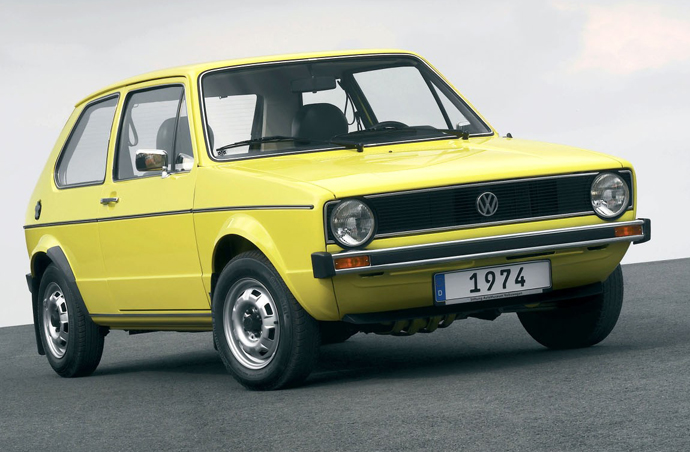 Of course the key will be finding a good one in the first place. Because prices have gone through the roof in recent years, you might need to pay a fair bit for a good ‘un. That said, it might work out cheaper in the long run buying a tidy car initially rather than sinking loads of money into a rotten money pit. The choice is yours. Bear in mind, while Mk1 mechanicals are dead straightforward, sorting some areas of rust such as around the windscreen can be a right fiddle. So, here’s some of the important things to look out for…

Bodywork
Unsurprisingly, unless a Mk1 has undergone restoration or has been kept in storage for yonks, it could be pretty rusty by now. While replacement Mk1 Golf panels are all easily available, if you end up having to pay someone else to cut out old metal and fit them, things can start getting pricey. Structural sections of the shell can be particularly problematic, so pay special attention to the roof, the car’s rear three quarters, inner wings and the bottom of the windscreen scuttle panel. 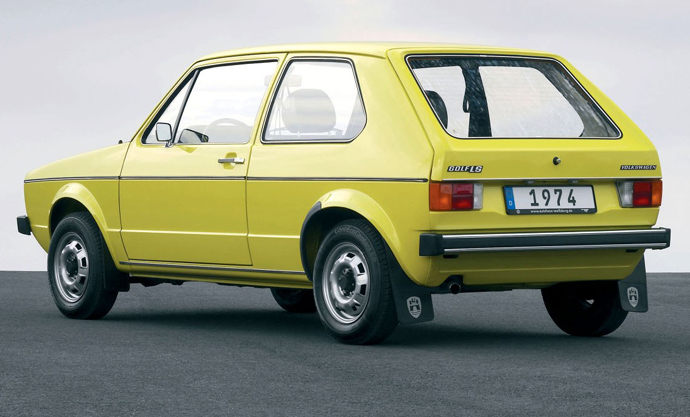 The fuel filler neck is a common rot spot. It’s relatively easy to replace but the problem is, when it crumbles, rust can drop down into the fuel tank and get into the fuel system. This can be a right nightmare on injected models. Then there’s all the usual rust areas to inspect, including the front and rear valance, door bottoms, sills, spare wheel well, wing arches and the metal where the clutch cable passes through the bulkhead.

Engine
You’ll get an idea of how well a Golf’s been cared for as soon as you quiz the owner about oil and filter changes. If they’ve not been replaced every 5,000 miles or so, then worry. The biggest tell-tale of wear will be evidence of blue smoke on the overrun which points to worn valve guide seals. It’s not a particularly difficult job, but use it as a negotiating tool when talking turkey over price. 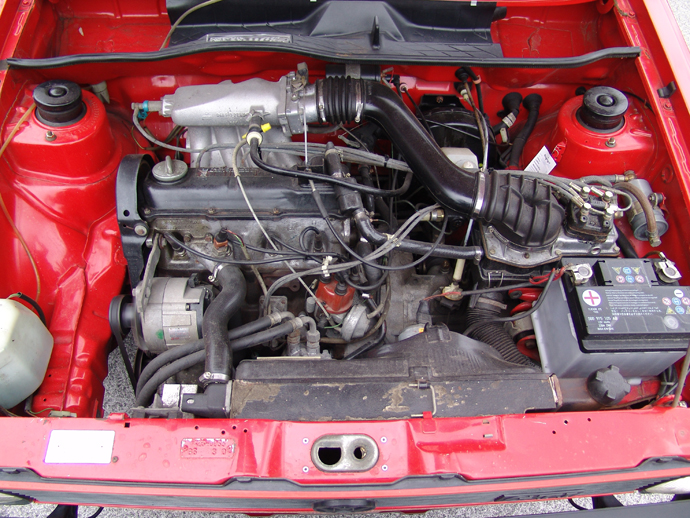 It’s worth finding out when the cambelt was last changed, too. The official interval is every four years or 40,000 miles, so if you can’t find evidence of it having been done, this will be your first job so knock a bit off the price to cover the expense.

On small block Golfs (the 1.1 and 1.3-litre models) chances are the original carburettor will be worn which means the car will have trouble idling. Thankfully, replacements are available. The injected engines rarely give problems, but check that they tickover nicely from cold and don’t stall.

Transmission-wise, early cars have a four-speed ‘box while series 2 GTi (from 1982) have a five-speed unit. Both are reasonably robust, but synchro can fail on high mileage examples so listen for a crunch as you shift into second. Linkages can also let go which will make gearchanges feel uncharacteristically sloppy. The linkages are easier to replace on early cars but a bit of a fiddle on the series 2.

Running gear
Mk1 Golf service parts are both affordable and easy to get hold of so there’s little to worry about here for potential buyers. Starting with the suspension, road springs can snap and the top mounts front and rear can wear, producing a nasty knock when you mount a lowered kerb or hit a pothole. Again, these are things that should show up on a test drive.

On the steering front, if the rack feels sloppy, it’s most likely to be the bushes rather than the rack itself. Be mindful of the fact that VW didn’t strengthen the rack mount on the RHD cars and this is an area that can corrode so give it an eyeball if you can.

Golf brakes are okay if kept in good order and properly adjusted so check that the pedal feels solid and that the car pulls up in a straight line. If it doesn’t suspect a seized rear brake cylinder. Of course upgrades are aplenty so don’t panic if an enthusiast has fitted Mk3 bits somewhere along the line, as long as the job has been done properly.

Interior
Besides the general state of the bodywork, the condition of the interior will reveal a lot about mileage, originality and how well the car’s been looked after. Early trim is horribly hard to find these days, so a car that is looking decidedly shabby inside will probably need a complete retrim. Possible, but not cheap if done properly. 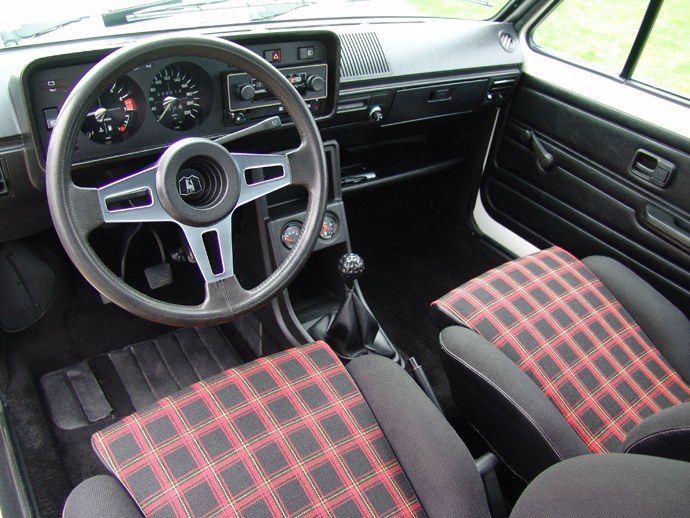 Seat side bolsters are usually the thing to go first, although seat material can sag and headlining can drop. If originality is important, it’s best to go for a car in good nick from the off because rejuvinating to factory spec will be an expensive affair. If not, and you don’t mind aftermarket carpet sets and bucket seats – then condition is less important.

What to pay
Mk1 prices are all over the place and there’s some silly figures being asked. Everything, of course, comes down to condition and originality with low mileage early cars and late special edition Campaign editions probably making the most money. 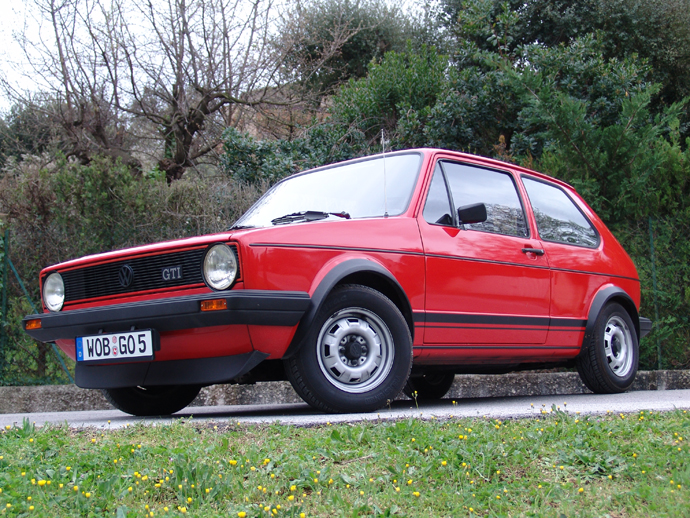 This means the days of picking up a doggy Mk1 as a cheap daily are long gone, although if you’ve got £2,000-£3,000 in you pocket you should be able to find something with plenty of promise. Five-door cars will be cheaper than the two-door, but what you miss out on it terms of looks you gain in practicality.

Be mindful that early cars are now scarce and highly sought after and here, joining the Mk1OC is likely to be the best route to finding one for sale. Very early ‘swallowtails’ made up until May/June 1975 with their distinctive rump are particularly prized and you might have to pay upwards of £8,000 for a nice one. Scruffy GTi models will begin at £4,000, with the best ones making up to £10,000 but that’s probably the limit. That said, we reported on one for sale recently here for a staggering £21,995. 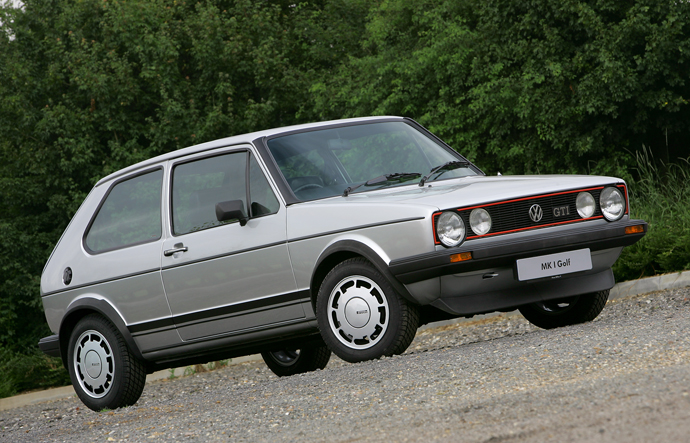 By all means have a go at a project (you might find one for under a grand) but don’t underestimate the amount of work if the body’s shot. Buy on condition and put a solid shell above anything to do with mechanicals because running gear is always easily sorted by comparison. Modified cars are ok, and can save you a sackful of cash if you were going to lower, swap the engine and fit nice rims anyway, but make sure what’s be done has been done well and there haven’t been any bodges along the way.

What we do know is, whatever Mk1 you end up with – if it’s half decent you’ll be sitting on a sound investment and have lots of fun in the meantime…