Next Christmas, when you get all festive again and start singing ‘Good King Wenceslas’, spare a thought for the subject of this popular carol. Because, if a recent trip to Prague by VW Heritage boss David Ward is anything to go by, the good old king may have provided Volkswagen with the idea for its iconic VW emblem. And if you don’t believe us, take a look at the picture!

Wenceslas was born in 907 and was the duke of Bohemia. He got his reputation for being ‘good’ from braving the harsh winter conditions to give food to the poor on the feast of Stephen (December 26). We assume his contemporaries were out on a Boxing Day sale spending spree at the time and didn’t spare much thought for the minions. His heroic exploits resulted in him being elevated to sainthood, posthumously made king and being declared the patron saint of the Czech Republic. 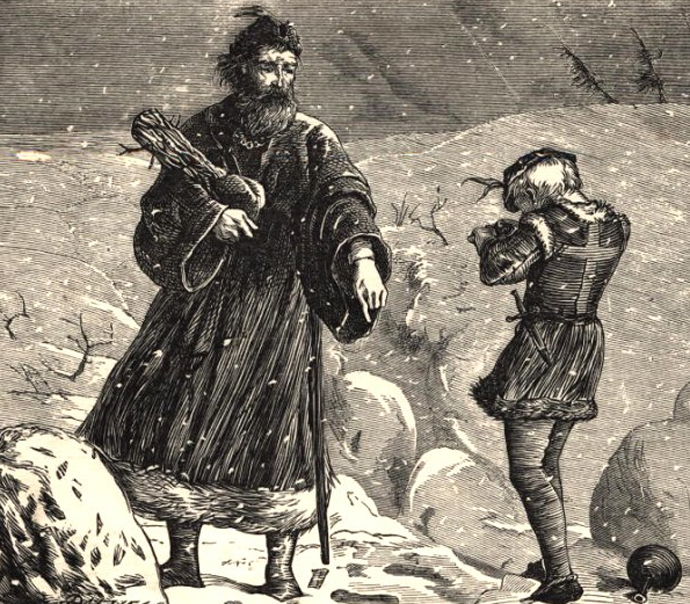 Alas, his brother, appropriately called Boleslaw the Bad, did away with him in 935 and his remains were interred in the St Vitus’s Cathedral within Prague Castle (below) soon after. The Christmas carol about him was written over 900 years later by John Neale. 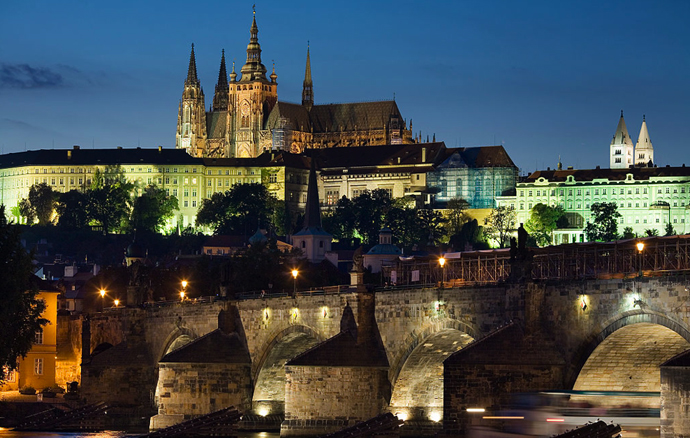 And it was within the immense walls of Prague Castle that our eagle-eyed David spotted what looks such an uncanny resemblance to the world famous VW emblem! 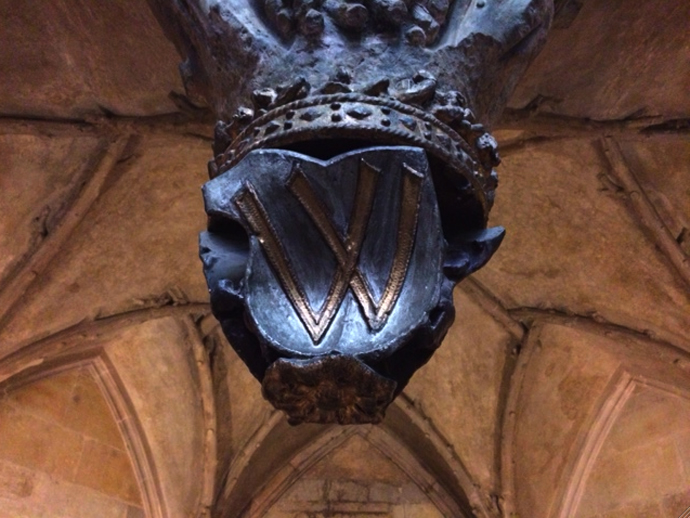 Needless to say, it got us thinking. Which in turn prompted us to investigate further the design of the original. And that in itself raised a number of question marks because it seems the true origins of the emblem remains a hotly contested issue…

One camp suggests that the original design resulted from an office competition in 1937, won by Porsche technical genius Franz Reimspiess, who was responsible for developing the flat-four air-cooled engine. His winning design bagged him a 50DM prize. At that time, the logo featured the letter ‘V’ over a ‘W’ with four three-bladed fan wings to give the impression of movement. The letters themselves were contained within a cogged circle, a design cue borrowed from the logo for the Deutsche Arbeitsfront (DAF), the German Labour Front that was behind the VW project. 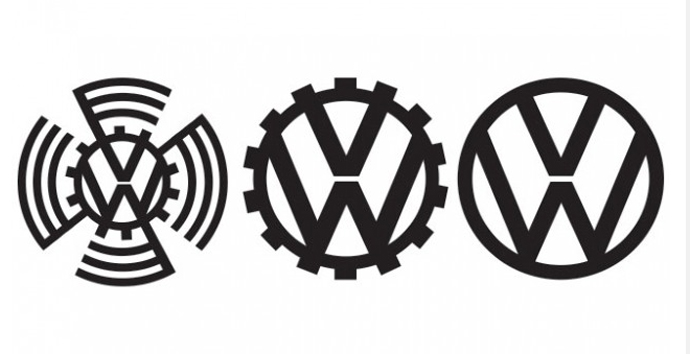 It is then thought that graphic designer Nikolai Borg was commissioned in 1939 to prepare working designs for the VW emblem, during which process the wings were removed and this was the form in which it first appeared on the early VW Type 38 prototypes which made their debut at the Berlin Auto Show that year.

When the British Army took over the Wolfsburg factory after WW2, the cogged surround was dropped because it resembled too closely Nazi symbolism, and the first simplified circular emblems were registered in 1948 shortly before appearing for the first time on production cars in 1949.

Borg would later contest ownership of the logo, although interestingly the court disclosed that a similar design had already been patented in 1920 by poster designer Ludwig Hohlwein. To add to the confusion, German artist Martin Freyer is also said to have laid a claim on the design, suggesting that he too won a competition with his design in 1938. The logo itself was amended by VW in 1996 and 2000 when it was given a three-dimensional effect.

Now, given what we’ve seen in Prague, it seems we can add good old Wenceslas into the mix as well!

One response to “Have we discovered the origin of the VW emblem?”