Brighton Breeze isn’t just about the show, but also the run from the start point in Epsom, Surrey, cruising down the A23 until the horizon is visible on the descent into the city of Brighton itself, culminating in a classic VW congregation on the seafront.

It all started on the the Friday night for me as I traveled to Epsom, to collect a pass for the run, and show on the Saturday. The move was a sour one in hindsight as I inevitably got lost in the middle of Epsom. A good start some may say…. 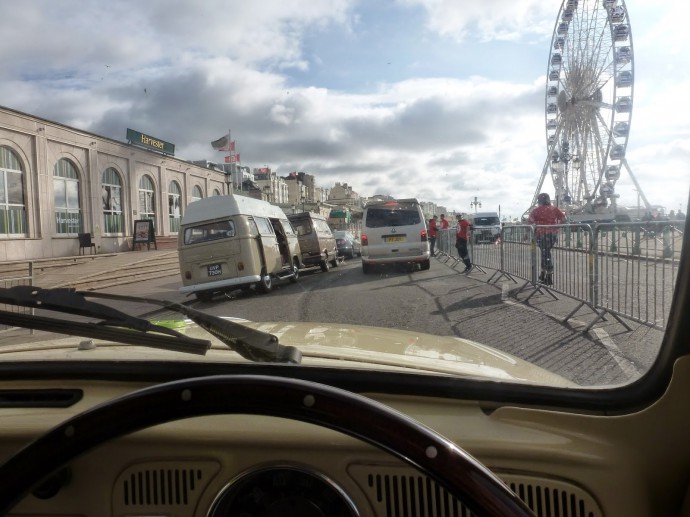 25 minutes of deliberating, mild arguing, and grovelling on the mobile to my sister later, we arrived at Hook Road Arena which hosted the campsite and the first checkpoint of the weekend. As the weather was quite frankly freezing, I chose not to camp and indulged in a nice warm bed at home. Camping is definitely on the cards for the shows next year though, weather allowing! Darkness meant that photo’s were practically impossible, but with pass in hand, I was ready. I was excited.

Getting up early on Saturday morning was a struggle; dark, cold, but dry (which was a blessing). The run down to Brighton was a pleasant one as the sun peeked out, and for the morning, at least was surprisingly hot… either that or the Beetle’s heat exchanger’s were working overtime. However the positive weather did not last, and started to turn for the worst, a true reflection of the British autumn. Wet. Windy. Cold. 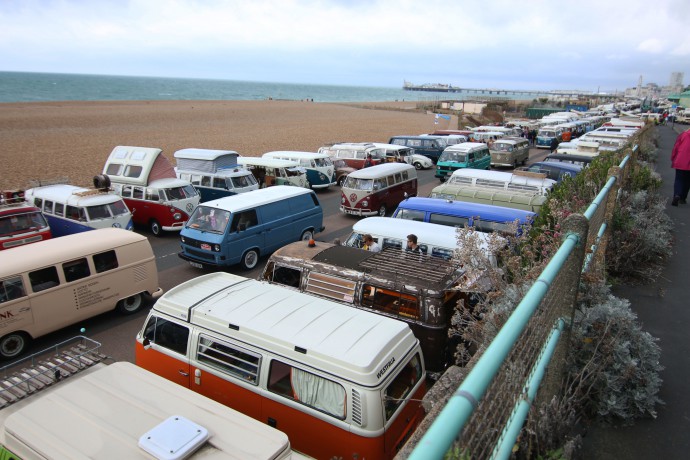 Arriving in Brighton was the culmination of hard work and finances; putting the pass onto the mirror and pulling into the show, a moment of joy at the end of the project. Visitors were entertained with over 1,000 various compatriots and siblings from the VW family. My car was part of the atmosphere of the event; in fact each VW makes up a small piece of the aura, which all come together to make the show what it is, a Volkswagen shaped seaside spectacle. 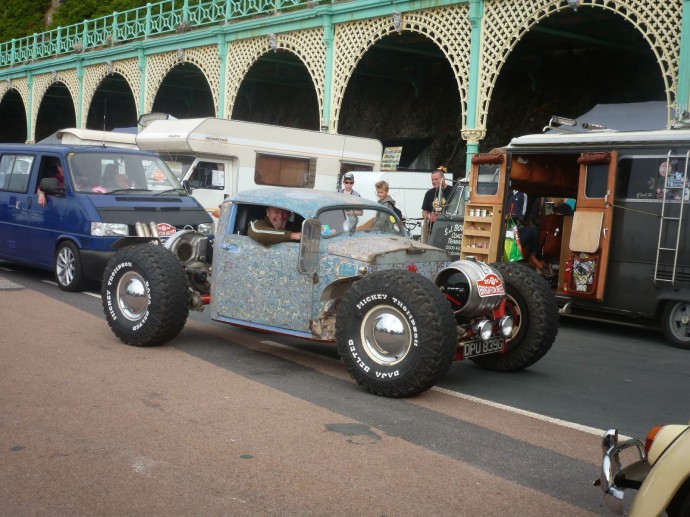 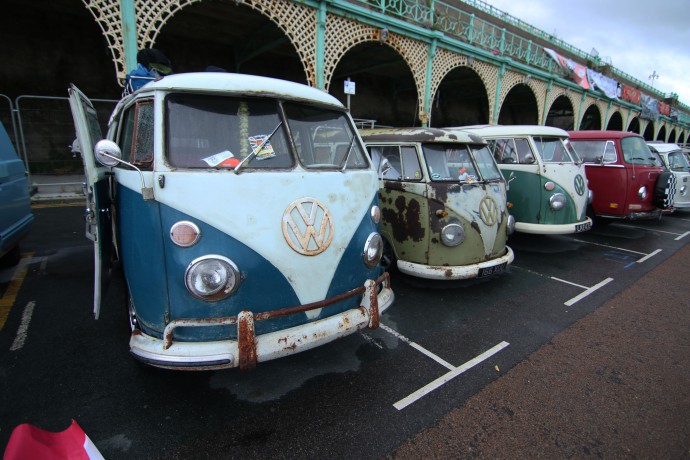 Parking up with the masses I  managed to take some photo’s and look at various other rides before my battery decided to expire. I’m always keen to see if there were any clever “out of the box” rides. The show stopper for me was a ‘Hillbilly’ style Bug rolling on huge tyres. The body had been cut right down, to make a one off cockpit, leaving the engine exposed at the back.  If you prefer your VWs more “in the box” and in fact “box shaped” this is the show for you. Being organised by the Split Screen Van Club there are enough buses on display to tickle anyone’s fancy, there can’t of been many varieties not represented at this event; there was even a Jurgens and a Kemperink!

So, even with the rubbish weather, Brighton Breeze was a great show to go and round the year off with. The sense of community amongst the owners was at its best, and that’s what I love about our scene.

I’ll see you there next year.. in a tent perhaps!

You can check out Christians own VW blog here.