London was in full swing, hemlines were rising and morals falling. More importantly, all manner of groundbreaking modifications were made to the people’s car – not least a whole host of technical changes that would take the Beetle into next decade… Here’s how that infamous year, and the milestone changes to the Bug, unfolded…

Ken Dodd’s Christmas show is the most watched programme on the box, The Beatles release Sergeant Pepper in a haze of drug fuelled genius, Che Guevara is shot and a man is given a new heart for the first time. The Dartford Tunnel is opened, plans for the creation of a new town called Milton Keynes are revealed and Spurs beat Chelsea 2-1 in the FA Cup Final.

1967 was one hell of a year, and August in particular brought huge change for the humble Beetle, with the launch of the ’68 model.

Of course the biggest visual change included the introduction of strengthened and raised ‘Europa’ bumpers, along with a shortening of the engine lid – which now has a new handle and lock – and bonnet and raised valances. 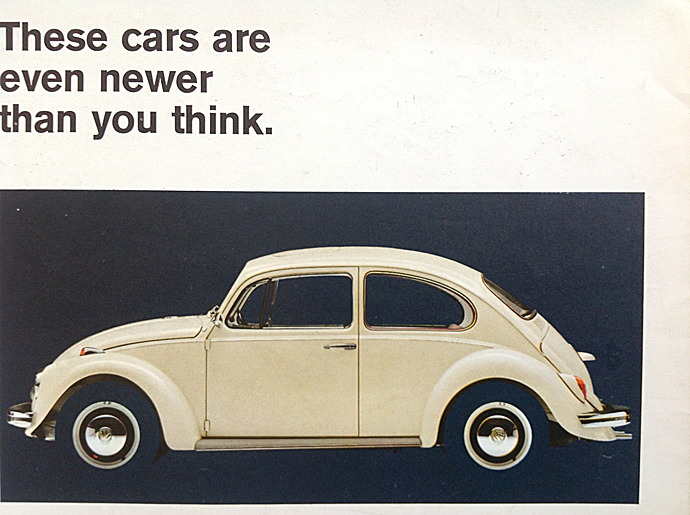 The front wings are redesigned to house vertical headlamps, there’s new, larger rear lamps with reversing lights, the bonnet has louvers to let in fresh air and modified door handles feature a trigger, making it impossible to lock yourself out! 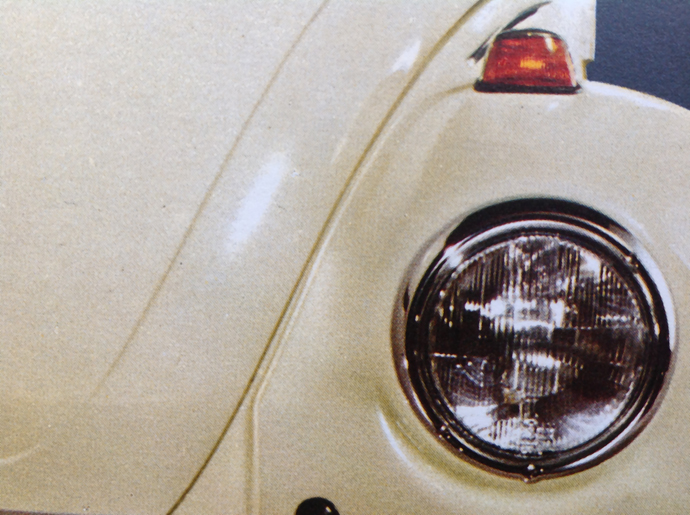 For the first time owners were given the opportunity to fuel up via an external filler flap rather than having to lift the bonnet and the larger door mirrors were now made to swivel in all directions.

Even more changes went on under the skin….

Collapsible steering and securing points for three-point seat belts are added and dual circuit brakes (below) with bigger rear drums on the 1300/1500 make the bug safer. As does the switch from 6 to 12V on those models. 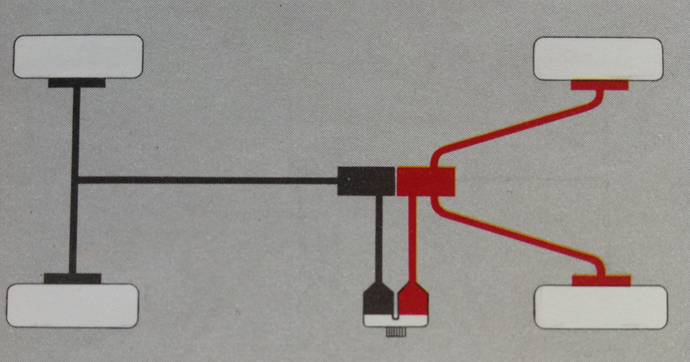 A new semi-auto Beetle is added to the range with 1500cc engine and a completely new, complex double jointed rear axle.

Inside, the petrol gauge is incorporated into the speedo, three air outlets are added to the dash and the ignition lock is encased n the steering column shroud. Getting down to the smaller details, the charismatic chrome quarter light catches are replaced by deformable rubber twist knobs. Increased safety extends to the rear view mirror which is now cased in plastic and has a quick release mechanism if struck. Meanwhile, the handbrake is shortened and moved back, the 1500 gets a new carb with modified oil bath and pre-heating pipe to help cold starts. 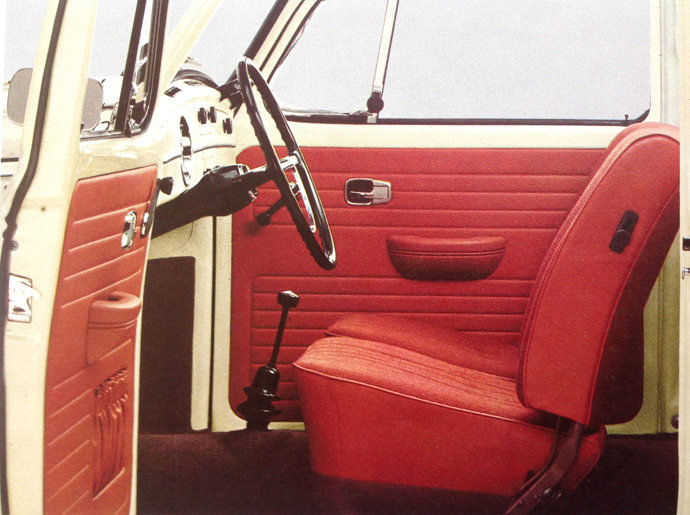 So there you have it. While hippies were camped out in Hyde Park, The Stones were being banged up for drugs charges and the people of Sweden decided to drive on the right, VW were busy doing something a lot more useful. Making its ubiquitous Bug just a little bit better…

1967 was certainly a significant year and the Beetle undoubtedly became a ‘better’ car – but when those soulful sloping headlamps and delicate chrome bumpers went, part of its character was lost. It had to happen, but some see it as a shame. What do you think, what’s your Bug preference – are you pre- or post-’67?