While many teenagers dream of the sportiest and sleekest modern super mini as their entry into motoring, there are a few young folk out there ‘keeping it real’ and following in many of your footsteps and choosing the loveable Beetle as their inaugural chariot of choice.

It’s probably no suprise to you that we have a couple of aircooled first timers on the team here at VW Heritage (in fact we have quite a few, but they no longer pass for teenagers!) We thought it would be nice to pick their brains about their experiences getting on the road; maybe you want a Beetle as your first car? Maybe you’re trying to persuade your child into a Beetle.. read on, and hear all about it! 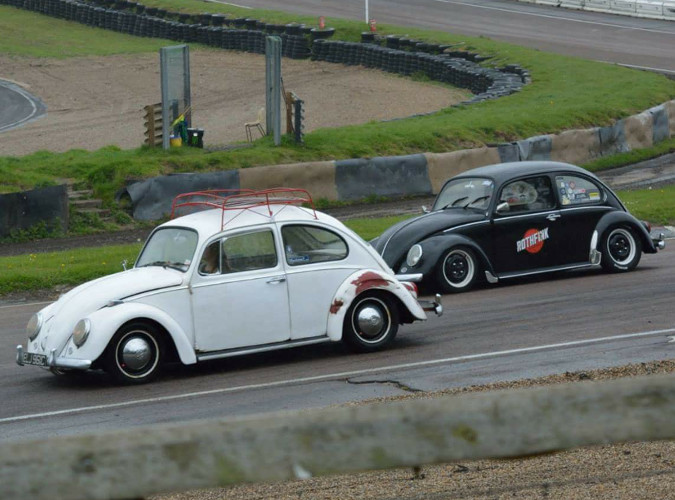 Here are the cars in question, Alex works in our customer service team and has just turned 18, she drives the white ’65 Beetle as her first car. Callum, also 18 works in our workshop and warehouse, and drives the matt black ’71 Beetle as his daily driver.

Why did you choose a Beetle as your first car?
Alex: I chose a beetle as my first car as I’m interested in classic cars and have either always wanted one or a Mini! I think they’re very cool looking cars which you can personalise and make them what you want them to be. They also have character and they’re not like the bog standard Ford Fiesta.
Callum: I wanted something that I could properly work on/restore with character and flair.

What would you drive if it you didn’t have a Beetle as your first car?
Alex: I would probably have a classic Mini.
Callum: A Mk2 Golf because it’s still old, cool and workable 🙂

Is it cheaper to insure a classic Beetle rather than a more modern supermini like a Fiesta or Polo?
Alex: I would say so if you have a standard beetle…but with mine being lowered and not having a standard engine it doesn’t help. My first year cost about £2000 to insure, but hoping my second year will be a bit cheaper!
Callum: Its about the same – depends on your engine size.

What do your friends think? Is it cool to have an old car, or do they always insist on driving if you go out?!
Alex: My friends all love my car and think it is seriously cool. We’re always cruising in the sunshine along the seafront or packing the car up to go camping for the weekend.
Callum: They always want to go in our Beetles! 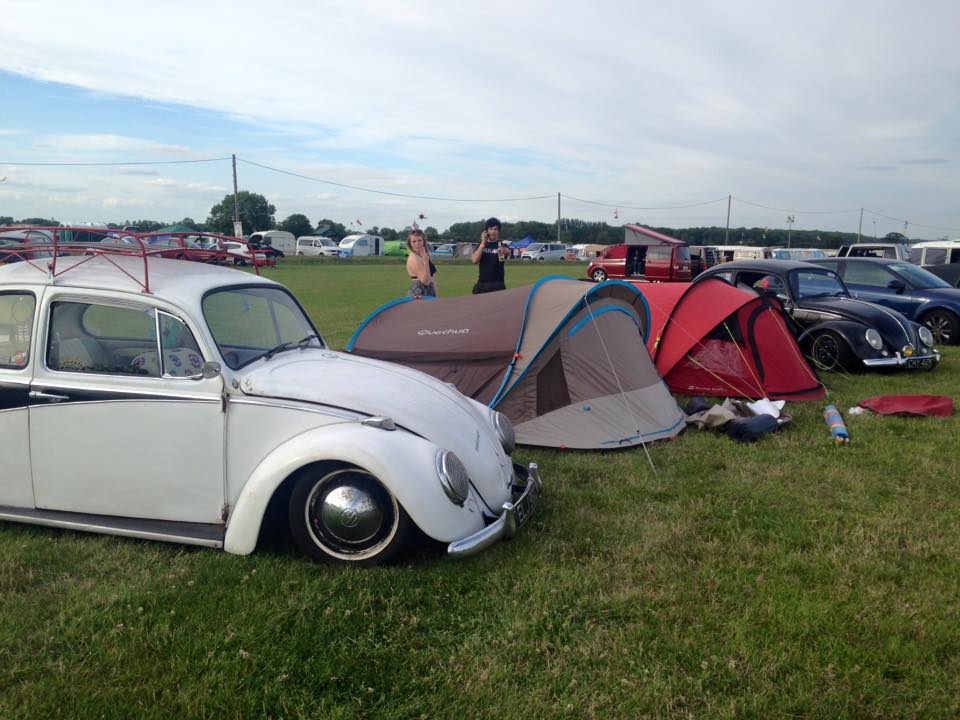 What will be your next car?
Alex: My next car will probably be a Mk2 Golf GTD…just so I can put my beetle away for the winter and actually have a heated car! They are also quite good to insure and reliable…like a Beetle.
Callum: A Mk2 Golf then an old Land Rover Defender.

So, it might not be any cheaper to insure a Beetle as your first car but not many Corsas (or their rivals) are going to appreciate in value every year, not cost a penny to tax, or be fixable in the garage at the weekend. Of course it’s not for everyone, and even though Alex and Callum love their cars they are showing signs of longing for luxury, both having Mk2 Golfs on their wishlists for their next car of choice.

The Mk2 Golf represents a nice halfway house between classic and modern motoring. With the reliability and plumbed heating associated with watercooled vehicles, and of course the Golf (being 40 years younger) is quieter, quicker and more fuel efficient too.  Think that might be better for you, check out our Mk2 Golf buyers guide.
Still convinced by the Beetle? Then be sure to have a read of our VW Beetle buyers guide before you take the plunge, but good on you!

Hope that’s helped! Any questions, just ask, and we’ll get Alex or Callum to reply.

4 responses to: VW Beetle as your first car?